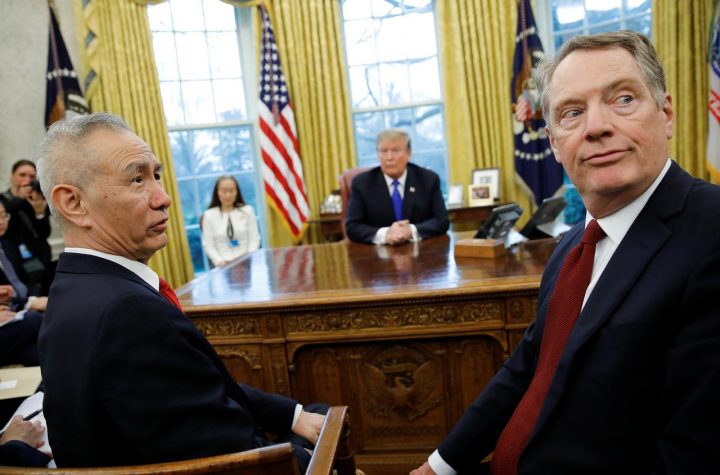 BOLOGNA, Italy — In recent months, observers in both the United States and China have become increasingly positive toward the prospect of a mutually beneficial conclusion to current trade negotiations between the two countries. President Trump once warned that continuing negotiations beyond March 1 would lead to a 15 percent increase in tariffs on Chinese goods, yet he ultimately extended that deadline, tweeting in late February that the six days of talks preceding the extension of the deadline had been “very productive.” However, despite the optimistic approach taken by both sides, a certain amount of uncertainty continues to characterize the discussions.

U.S. negotiators have proven amenable to removing the $200 billion worth of tariffs on Chinese imports leveled during the trade war, while their Chinese counterparts have shown some willingness to remove a number of tariffs targeting U.S. products. Analysts have suggested that a final deal will involve the U.S. removing the vast majority of its current tariffs on Chinese goods in exchange for an end to tariffs on U.S. agricultural products. Hope that the talks could spell the end to a costly trade war that began in the summer of 2018 has contributed to a political spin in mainland China and the U.S., with leaders in both countries attempting to monopolize their share of the credit for ending the disruptive trade restrictions. The impact of concluding negotiations without putting an end to Chinese tariffs on American agricultural products could be damaging to Trump’s 2020 campaign prospects, as agricultural workers made up a significant proportion of Trump’s voter base in 2016.

Robert Lighthizer, the United States Trade Representative and chief negotiator of trade policy, and his team have been participating in the drafting of six Memoranda of Understanding to cover new procedures for evaluating currency, handling intellectual property disputes and reforming agricultural trade policy. Until recently, disagreement on the content of the memoranda has been a significant obstacle to reaching a deal to end the trade war, particularly with regards to China’s Made in China 2025 plan to stimulate domestic growth. The plan has provoked accusations that China is aiming to detract business from American firms.

Though analysts largely agree that the negotiations have taken a more productive turn, aspects of the discussion process remain beset by misunderstandings. A notable example happened in early March when, responding to press questions during a White House meeting with Lighthizer, President Trump presented an alternative definition of MOUs. The president stated that he preferred the use of contracts to MOUs, as the latter are non-binding, despite the fact that MOUs are considered legal agreements in China, and are, for the most part, synonymous to contracts. Countering his negotiator’s attempts to correct his apparent mistake, Trump reiterated his specific dislike of MOUs, and Lighthizer conceded that the agreement would no longer be referred to as an MOU.

U.S. Secretary of State Mike Pompeo expressed his own belief that a deal will soon materialize during an appearance on WMT, a radio channel based in Cedar Rapids, Iowa, on March 4. In this instance, President Trump’s extemporization appears unlikely to have a negative impact on the conclusion of trade negotiations.

Next post The Good, the Bad, and the Ugly: The aftermath of Pulwama
sgrosve2