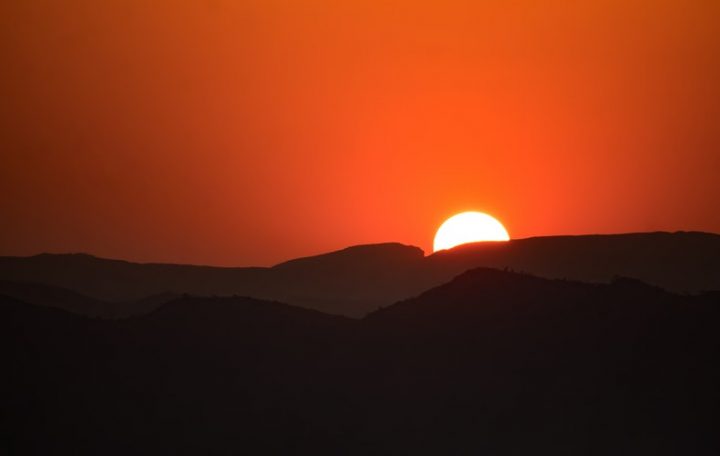 By Cecilia Panella and Srijoni Banerjee

Conflict in Kashmir isn’t necessarily a new occurrence. Since gaining independence from the British in 1947, India and Pakistan have each claimed sovereignty over this mountainous region. Since each country only controls part of this territory, the fluidity of national boundaries has sparked conflict after conflict in the area. To make matters more complicated, both states started nuclear weapons development programs in the mid-1970s and have since accrued at least 130 warheads each. Thankfully, conflicts over the Kashmir region have never escalated to the point of a nuclear detonation, but the introduction of terror groups like Jaish-e-Mohammed in Pakistan have pushed the bounds of diplomacy.

The most recent crisis seems to touch upon — and exacerbate — many of the sensitive issues between the two states. Border security, the rise of violent non-state actors and air power escalation have all played a role in the events this past February, when a suicide attack on a bus carrying Indian paramilitary forces in Kashmir sparked the two-week confrontation that led to the capture and eventual release of an Indian air force pilot. While onlookers may now take a sigh of relief as tensions subside, many analysts fear that this mini-crisis may be reflective of more sinister long-term problems in the India-Pakistan relationship. This week’s episode of “The Good, the Bad, and the Ugly,” will be analyzing the crisis and its second- and third-order effects on the region and around the world.

The United States has long counted on India’s non-alignment on the global stage as a balancing factor between a potentially dangerous Pakistan and a revisionist China. While this crisis highlighted some of the worst aspects of modern international relations — fueled by jingoistic vitriol and rapidly deteriorating relations in the global spotlight —it also forced American policymakers to take a critical look at the India-Pakistan relationship, its positioning in relation to the United States and the rest of the global order and ultimately confront the dangers of regional conventional and nuclear force imbalances.

American diplomatic efforts in Pakistan have run the gamut from expansive diplomatic dialogue in attempts to limit the flow of terrorist financing operating in and around the Afghanistan-Pakistan border to threats of escalation should Pakistan not ally itself with American counterterrorism operations in the region. It is clear that the Americans have underestimated the leverage that Pakistan has in this arena, especially given recent American overtures toward a peace agreement with Taliban forces. As much as the United States would like to be able to minimize the threat that Pakistan poses to the Indian border, the reality of the situation — one drawn out by this crisis in particular —is that the United States cannot “meaningfully inhibit Pakistani risk-taking” in this area. That is not to say that the United States is without avenue for improvement: As Brookings Institution Visiting Fellow Madiha Afzal points out, the United States would do well to establish a relationship with the Pakistani civilian government rather than simply seeking to cooperate with the military. If the United States hopes to leverage Pakistan in support of future American interests, a reassessment of our foreign policy approach is necessary.

When taken individually, these events suggest that there is little if any upside to the crisis. If we drill down further on this issue, it is obvious that this is only true if our unit of measurement is efficacy of American involvement. When we note that this situation was de-escalated by Pakistan and India themselves without a meaningful American influence and in spite of the fact that previous military posturing would have favored further escalation, we really have to credit the diplomatic efforts of the Pakistani and Indian governments. Slightly cooler heads did, in fact, prevail.

Indian Wing Force Commander Abhinandan Varthaman’s safe return from Pakistan was the first silver lining in a regional crisis that was on the brink of devolving into an issue of international concern. Not only did it prompt a sigh of relief from millions across the world who were waiting with bated breath to see what would unfold next, but it also showed Pakistan’s keenness to follow through with its request of  renewing peace talks with India. I believe this gesture of goodwill will, at least temporarily, de-escalate tensions that had been on the rise in the wake of the Pulwama terrorist attack. Commander Abhinandan’s positive treatment while in Pakistani custody and his timely return might bring India back to the negotiating table, but this is not a guarantee given India’s surprising military attack on Pakistan’s Balakot region on Feb 26. It is obvious that the jury is still out as to what India intends to do strategically. In terms of global support, an overwhelming majority of states have openly denounced Pakistan for allowing the safe haven and financing of terrorist cells — including typical allies such as China and Iran — signaling a moral victory for India in winning international sympathy and emerging with the diplomatic upper hand.

What was particularly concerning about this conflict was the blatant distortion of facts and hype around misinformed rumors that surfaced from premier news sources.This kitsch display of “performative nationalism,” as Shashank Joshi of The Economist would call it, was in full force and, predictably, resulted in inflammatory reactions from both countries. After India’s surprise airstrike in Balakot, the Indian government did not release any visual evidence of the effectiveness of the operation. Instead, the Indian media took it upon itself to produce footage showing fighter jets attacking a town, which turned out to have taken place in 2017. In a similar fashion, Pakistani news outlets also shared a photo of the Pakistan air force supposedly taking down an Indian fighter jet, which was later revealed to be the wreckage from a previous crash. This flagrant disregard for fact-checking or responsible journalism was wildly successful in guiding public opinion and inciting hyper-nationalistic sentiment on both Indian and Pakistani soil. It’s bad enough that sensitivities regarding India and Pakistan’s equation were at an all-time high without the media’s twisted, yet heavy, involvement in our lives causing everyone — and I do mean everyone — to claim to have an “informed” opinion on the matter.

My concerns are more focused on the role of other regional actors in this crisis. I’m still of the opinion that a lack of American leverage was not a bad thing in this particular situation, but this crisis exposed a larger regional power vacuum. China’s border with India and Pakistan made it a natural political behemoth in this space, and Chinese calls for restraint and diplomatic dialogue dominated the news. Despite these peace overtures, the Chinese have exhibited a vested interest in the continuation of a India-Pakistan squabble in two major ways: First, China has repeatedly allied itself with Pakistan against Indian interests, forcing the Indian military to divide its attention between its eastern and western borders. Second, China sends 40 percent of all of its military exports to Pakistan, including the new Wing Loong II UCAV, China’s largest drone export.

When coupled with India’s recent deal with Russia for $5 billion worth of weapons, the message is clear: South Asia is aligning itself away from the United States. Another fun fact? India’s deal includes the S-400 surface-to-air missile defense system, the very same defense system that has strained the U.S.-Turkish bilateral alliance in recent news. India has also publicly committed to continued purchases of Iranian oil in the wake of the American exit from the JCPOA to the tune of 1.25 million tons of Iranian crude. Essentially, Russia and China are capitalizing on regional friction to further limit American influence in South Asia, and they’re committing to this effort monetarily as well as politically. This doesn’t bode well for longer-term American interests of limiting Iran’s economic freedom of movement and confronting and combatting a rising China.

Worst for last! The biggest question here is the changing role of Pakistani and Indian nuclear arsenals. According to Brookings Institution Fellow Joshua White, India and Pakistan “represent the world’s most likely venue for nuclear conflict.” A history of conventional conflict in the region as well as the increasing boldness of regional actors like Russia and China also don’t make this situation any easier. It is also very important to note that Pakistan is not the lone aggressor in this arena —according to Christopher Clary and Vipin Narang, Indian policymakers have shown increasing interest in a “hard counterforce strike” against Pakistan’s “strategic nuclear assets.” More dangerously, Clary and Narang argue that this interest has been recently translated into more forward-leaning policies that would eliminate the “specter of Pakistani strategic nuclear use altogether” and leave India free to act with impunity and wage a conventional war against Pakistan. Recent Indian investment in more precise targeting systems as well as the aforementioned deal with the Russian Federation suggest that the Indian state is preparing for a more severe conflict in the future.

While tensions may have de-escalated this time, I think American policymakers need to start seriously considering what a more prolonged — and more dangerous — conflict over Kashmir could bring to the region and the world. Given the recent escalation of nationalist sentiment on social media, aggressive reporting by state media, and rapid regional alignments with notoriously anti-American world powers, it is easy to see how this could go very south very quickly.

I suppose the possibility of things turning truly “ugly” is minimal by this point. However, a spat of attacks between two nuclear-armed neighbors — the Pulwama attack and its aftermath being only one such instance and not the complete story —is not one that the world should take lightly. If anything, this conflict in particular was on the precipice of escalating quickly and grave enough that the world was forced to sit up and take notice. I don’t expect any future peace talks that take place in the immediate aftermath of Pulwama to resolve the ever-present Kashmir question. It’s one that not only goes back decades but also involves a heavily-contested border dispute, 72 years of tension, three wars in half a century and everyday instances of casualties and skirmishes along both sides of the 740 km (460 mi) Line of Control. But what is particularly alarming about this situation is Pakistan’s rapidly-dwindling reputation in the international arena due to its repeated failure in constraining and preventing terrorist activities within its borders. Even natural allies such as the Gulf countries, who were willing to show their support for Pakistan after the 2008 Mumbai attacks by assigning blame to “non-state actors,” seem unwilling to turn a blind eye any longer.

Earlier this month, India’s Minister of External Affairs Sushma Swaraj was invited to deliver the inaugural address at the Organization for Islamic Cooperation in Abu Dhabi, to which Pakistan had initially objected. Not only did the OIC disregard Pakistan’s disapproval, the conference went on with Pakistan’s pointed absence, highlighting its increasing global isolation. Furthermore, India’s triumph at Pakistan being forced to stay on the global FATF “gray list” for terror financing serves to exacerbate Pakistan’s economic perils and could negatively impact its upcoming appeal for an IMF loan bailout. Crippling the economy of a nation that has already lost the goodwill of many global actors might not be the most prudent way forward — for any stakeholders..