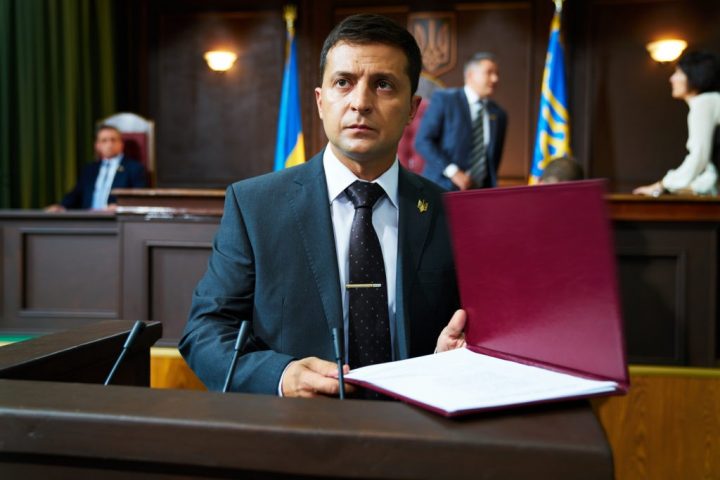 BOLOGNA, Italy — A matter of days separates us from the first round of the next presidential election in Ukraine. The March 31 election is the first since the 2014 victory of Petro Poroshenko after the Maidan Nezalezhnosti revolution that ended with the expulsion of former pro-Russian President Viktor Yanukovych. However, since his election, Mr. Poroshenko has only partially fulfilled his campaign promises. One fulfilled promise was the signing of the European Union Association Agreement that established a long-awaited visa-free travel regime. Another was the establishment of the Ukrainian Orthodox Church’s independence from the Moscow Patriarchate.

But a glaring absence from Poroshenko’s list of fulfilled promises is a resolution to the conflict in the east that has been draining Ukrainian lives and resources for more than five years. Moreover, Mr. Poroshenko’s way of tackling escalating issues, such as temporarily introducing martial law after the Kerch Strait incident, seems to have brought more controversy than support.

Whether this move was to safeguard the interests of the nation or to stem his ever-declining popular support is hard to say. Nevertheless, despite not delivering on structural reforms and failing to fight lingering corruption, which might ultimately hurt his chances, Mr. Poroshenko has presented himself as the candidate of continuity in the upcoming election.

Another leading candidate in the presidential race is Yulia Tymoshenko, a long-lasting figure of Ukrainian politics (perhaps a bit too long). Twice prime minister and a former gas magnate, Tymoshenko has been implicated in several corruption scandals and investigations throughout her political career. The fact that on her third presidential run she is vowing to write a new constitution, reform the army and reduce energy prices, she sounds less credible if one looks at her previous record and all the broken promises that she has made in the past. Perhaps her only chance at the presidency depends on whether she can convince voters that her incessant commitment to Ukraine’s democratization and “de-oligarchization” is legitimate.

The remaining major candidate in the election is comedian and showman Volodymyr Zelenskiy. According to BDM, a polling agency, he is the frontrunner by a large margin, with 25.9 percent of the vote, compared to 17.9 percent for Mrs. Tymoshenko and only 13.3 percent for Mr. Poroshenko.

Zelenskiy’s success is partially due to his recognizability from the popular television show “Servant of the People,” where he plays the president of Ukraine. But his success is more attributable to his genuine opposition to the traditional political establishment. Both his strength and weakness is his unfamiliarity with politics. However, his lack of political experience hasn’t prevented him from promising radical policies, like taking away prosecutorial immunity from political elites, fighting tax evasion and working closely with International Monetary Fund to comply with Ukraine’s economic obligations.

A further boost to Zelenskiy’s popularity stems from a YouTube series where several experts suggest ways to transform and improve specific policy domains. While that doesn’t make him necessarily the best candidate, it certainly reinforces the people’s belief that change is possible, and perhaps that change will begin by electing somebody with something to prove.

An outstanding 39 presidential candidates will be presented to voters in the election but only the three mentioned have a realistic possibility of making it to the runoff, which will be held on April 21. At stake in the election is the fate of a well-educated country of 42 million people located in a significant geostrategic position that is drowning in corruption and fiscal problems.

Ukraine’s best shot at recovery is a candidate who not only recognizes its deepest problems but also acts in a way that detaches from an ever-present Soviet legacy and inaugurates a truly European-style democratic nation. Mr. Zelenskiy represents, at this time, the only candidate embodying these qualities and is the sole chance Ukrainian people have to get out of the stagnation-inducing corruption of the country.

Olena Dobrunik is a second-year MAIA student at the Bologna campus. She was born in Ukraine and moved to Italy at the age of seven. She earned her bachelor’s degree in international relations and diplomatic affairs from the University of Bologna.

Next post Amidst allegations, Pope Francis calls for critical change in the Church
The SAIS Observer Staff