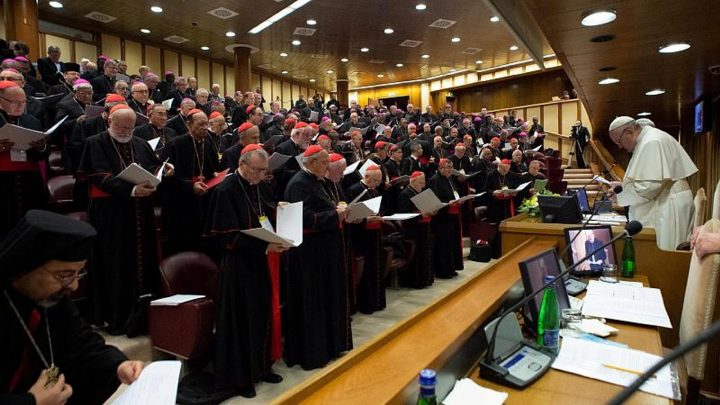 BOLOGNA, Italy — Recently, the Roman Catholic Church has come under scrutiny worldwide for sexual abuse allegations, forcing the Vatican to speak out for the first time in an official capacity. For decades, the Catholic Church has been accused of covering up these crimes and denying the existence of a systemic problem. The Global South considers this phenomenon to be a problem for developed countries such as the United States, Australia and Ireland, often ignoring the impact in their own congregations. Additionally, the apprehension to speak out and report the abuse is prevalent amongst victims, generating a culture of denial by authorities. At most, priests have been relocated after promising to “never do it again.”

Upon his election in 2013, Pope Francis was inherently aware of the scandals surrounding the Catholic Church, even calling for “decisive action,” but since then he has amassed growing criticism for a lack of action on the matter. However, this past December, the pope vowed to bring perpetrators to justice and end all cover-ups. This unprecedented action by the pope was evidenced by a recent four-day summit with 114 senior bishops on tackling the issue of pedophilia in the Church. This response confirms its recognition of sexual abuse as a worldwide problem for the first time in history. In a letter to U.S. bishops, Pope Francis wrote, “The Church’s credibility has been seriously undercut and diminished by these sins and crimes, but even more by the efforts made to deny or conceal them.”

Days before the conference was due to take place, the Vatican found one of its most prominent leaders, Cardinal McCarrick, guilty of sexually abusing minors. The now-defrocked cardinal is the highest member of the Church to be discharged. This has raised speculation and concerns on how McCarrick managed to rise through the ranks and if anyone had been aware of these accusations – including Pope Francis. Furthermore, the pope also spoke out on sexual abuse of nuns, specifically a case in India where a bishop has been accused of consistently raping a nun over a two-year period.

The aforementioned summit, held in Rome on February 21-24, congregated hundreds of bishops, a dozen heads of eastern Orthodox churches and 10 representatives of women’s religious orders from around the world with the intention to address the severity of this ongoing problem. After facing opposition within the Catholic Church, Pope Francis declared: “If we don’t commit ourselves to fight against these crimes, in society and in the church, then we are not fulfilling our duty.”

As the highest authority in the Catholic Church, these actions have raised expectations in the hopes that Pope Francis will use his authority for instituting a churchwide law dismissing abusive priests and the bishops who covered up for them. However, with so many diverse cultures and judicial systems within the Church, implementing universal protocols would be difficult to achieve. During the summit, the Pope released a list of reflection points explaining how bishops should tackle allegations, but no course of action was decided upon. The summit ended in apologies for the victims and mere promises for reform, leaving many wondering about the Vatican’s direction on the issue.