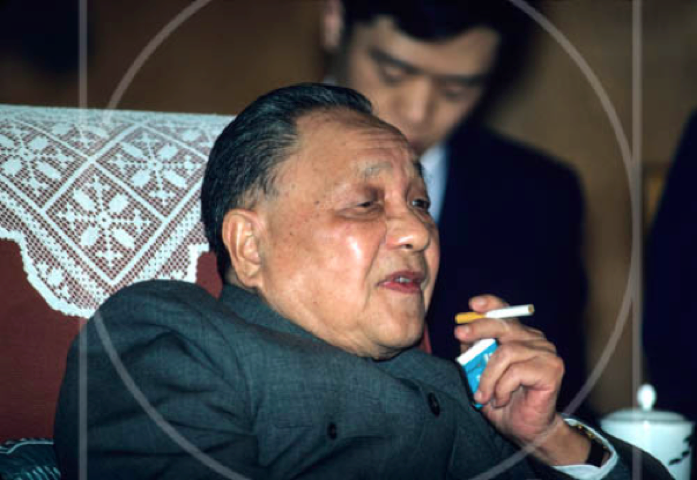 NANJING, China — Smoking cigarettes is said to be like adding “punctuation” to daily life. Whether it’s to curb a panic attack, break the ice with a stranger or relax after sex, cigarettes can serve to complement almost any life moment for the world’s one-billion smokers. As a student living in China, and as someone who likes to get outside of the Hopkins-Nanjing Center’s bubble every so often, it is practically impossible to escape the clutches of secondhand smoke exposure. Except for inside public facilities and on public transport, smokers seem to be everywhere.

I’ve recently found myself a victim to secondhand smoke at the unlikeliest place: the gym. Why are fitness trainers lighting cigarettes inside a facility that is supposed to serve as an oasis of healthy living? When I asked them why, I was repeatedly given this response: “[Smoking] makes me feel good.” The optics of smoking in a gym didn’t seem to matter, nor did the health consequences. I gathered the sense that trainers believe a cigarette break is simply a means of escape — although from what, I wasn’t sure.

While it is often overlooked, smoking is one of the most serious social issues in China today, and one that can be directly linked to the country’s hyperfast modernization. China is home to one-quarter of the world’s smokers who collectively consume one-third of the world’s cigarettes. China’s total cigarette production accounts for 40 percent of the world’s total production — about four times that of the second-largest tobacco-producing nation, the United States. Over 300 million Chinese citizens smoke every day, and nearly two million die every year from smoking-related causes, with half of them dying between the ages of 35 and 64. The number of people in China subjected to daily secondhand smoke exposure is estimated at 750 million. With an aging population, coupled with rising health care service costs, the economic burden of smoking has only increased. It is estimated that between 2006 and 2015, China lost more than $5 trillion in net national income due to smoking-related illnesses and death.

Cigarettes became mainstream in China due to a combination of social custom and revamped business practices. First, it is important to understand the role cigarettes have played as a lubricant in building relationships, known in Chinese as “guanxi.” Offering a cigarette is part of an unwritten code of etiquette among men. It is a simple, polite gesture that is intended to establish rapport and build trust by presenting something of material value, which may be linked to Chinese gift-giving culture. In many instances, the brand of cigarettes that one chooses to smoke can identify their social class. China’s former leader and economic reformer, Deng Xiaoping, was famously known to smoke Panda Cigarettes — a premium Chinese brand that is also one of the most expensive.

But what truly sparked China’s smoking boom was the commercialization of its cigarette companies. The Chinese tobacco industry is immensely profitable, with cigarette sales alone accounting for nearly 10 percent of all government revenue per year on average. This is due to the monopoly enjoyed by the state-owned China National Tobacco Corporation. China Tobacco was founded in 1982 during the early years of Reform and Opening Up, the program of economic reforms termed “socialism with Chinese characteristics” and a “socialist market economy.” The creation of China Tobacco concentrated all tobacco businesses into one centrally-controlled entity, making logistics between farmers, cigarette factories, distributors and retailers more efficient than before. Today, the organization controls 98 percent of China’s cigarette market and produces over 2 trillion cigarettes each year.

Take a walk through any Chinese city center and it becomes obvious that the vast majority of smokers are male. Over half of adult men are reported to be smokers, compared to just around two percent of women. From conversations with Chinese friends, however, I found that the true number of female smokers may be grossly underestimated. “I feel so much pressure to be successful. Smoking helps me to calm down when I feel too stressed,” said a female friend from Suzhou, a large city in between Nanjing and Shanghai. “I know a lot of girls who smoke, but they won’t readily admit that. Or they may try to hide it, because they worry others might judge them poorly.”

Though the industry continues to amass massive profits, the year 2000 marked a turning point for China Tobacco, when the cost of medical and labor losses associated with tobacco use exceeded the tobacco industry’s economic profits. Five years later, China joined the World Health Organization’s Framework Convention on Tobacco Control, which obliges the country under international law to adopt and implement effective measures to curb smoking. Tragically, compliance with the law has been difficult to achieve. The city of Beijing, however, has taken a leading role in enforcing anti-smoking laws. Since 2015, community volunteers have been recruited to monitor public spaces for people violating smoking bans. Violators face stiff fines, and in some instances suffer a penalty affecting their social credit scores.

Behaviors will change as the penalties for violating rules become more strict. It is also worth considering that China’s current leader, Xi Jinping, is a non-smoker and that his wife, Peng Liyuan, has been an ambassador for the Chinese Association on Tobacco Control since 2009. While fitness trainers at my gym may begin going outside the gym to take cigarette breaks, society’s general attitude towards smoking will not change overnight. For many smokers, it seems that smoking serves as a coping mechanism to deal with mounting social pressures that are a result of China’s rapid economic development. It is an ironic and accurate fact that even Deng Xiaoping — who is widely credited with modernizing his country — endorsed a habit that any truly modern society would seek to eliminate. When China finally does resolve to tackle the issue of  preventable disease and death caused by smoking nationwide, it may be too little, too late for the hundreds of millions suffering today from secondhand smoke exposure and other tobacco-related injustices.

Jesse Adler is a HNC Certificate ’19/SAIS M.A. ’20 student currently completing his Certificate at the Hopkins-Nanjing Center before starting at SAIS DC next fall.

Previous post Amidst allegations, Pope Francis calls for critical change in the Church

Next post Are we passing up on UPass?
sgrosve2