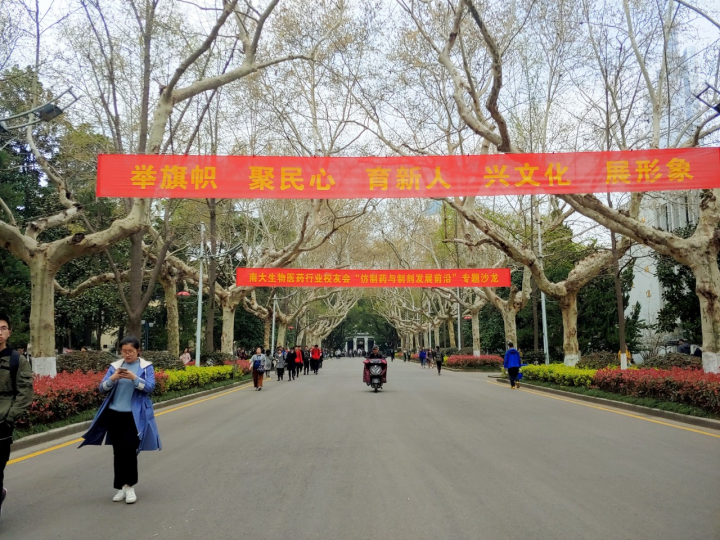 NANJING, China — My name is Alexander Rosas. I study international relations at the Hopkins-Nanjing Center. Aside from studying politics, I am a vocal advocate for accessible and effective mental health care. This topic is something I have a personal investment in, as I have suffered from depression. This article is the first in a series of articles that will point out the severity of mental health issues, especially depression, in China and examine how they are being addressed.

According to the 2017 WHO China office fact sheet, depression has become one of the world’s biggest health issues. Over 322 million people worldwide suffer from this mental illness, 54 million of them residing in China. This mental health issue has grown so severe that it has forced the Chinese government to respond..

With a population of over 1.3 billion, it’s hard to imagine how China can reasonably respond to the mental health concerns of its citizens. According to the WHO, in 2014, China had roughly 23,000 psychiatrists in the country. That’s only 1.7 psychiatrists for every 100,000 people. There also still remain serious cultural barriers that make it difficult for those who need help to obtain it. These barriers include, as the WHO fact sheet suggests, stigmas attached to mental health issues, as well as the lack of trust in those providing care.

Over the past few weeks, I have engaged with my Chinese classmates and friends to understand how Chinese people feel about the current state of China’s mental health care. For sufferers in the 18 to 27 age group, one issue is that they prefer not to talk to their parents or friends about mental health issues they experience, due to worries that it will place an unnecessary burden on their loved ones. Another cultural factor relates to the idea of “mianzi” or “face.” Those who suffer from mental illnesses in China will often keep quiet for the fear of losing face — the fear that their reputation will suffer if everyone knows about a perceived weakness.

Concealment of mental health issues does not only happen with individuals; it can extend to the family and community as well. For a number of Chinese families, a member of the family admitting to any sort of mental illness can be seen as shameful or embarrassing. Some families will go to the extent of physically excluding the mentally ill from society. Furthermore, discussions with close friends reveal a phenomenon in which universities or communities will actively try to hide mental health issues or instances of suicides. A reported incident occurred at our host school, Nanjing University, where a student, distraught over his grades and stressed from familial and society pressures, committed suicide. He took his life in a public space in the morning, when there was a lot of foot traffic on campus. According to my classmate Fengyao*, the Nanjing University administration urged those who witnessed the incident to stay quiet. No story about it has ever been published, and the suicide remains largely unknown to the public — as Fengyao pointed out during our interview, “If I didn’t hear from my friend, I would have never known this incident happened.” He continued, “The campus wants parents to think the campus is safe, so this is their incentive to bury the story…this happens pretty much in every university in China.” Indeed, institutions sweep the problem of depression and mental health under the rug so often that no one knows the true severity of the issue.

The lack of privacy and the unreliability of services are two other sources of concern for Chinese patients seeking care. They complain that mental health providers are “too cold and do not show much professionalism for their work.” Part of this is because the jobs in the mental health profession pay low wages, reducing the incentive for  professionals to provide patients the best care possible. Moreover, as there is no equivalent of the United States’ HIPAA laws and thus a lack of health information privacy, there is no guarantee that a psychiatrist will protect your information. Thus, patients are concerned that psychiatrists will share their private confessions or other sensitive information. Such concerns have a justified historical basis: In the past the Chinese Communist Party persecuted those who displayed mentally ill behavior, so patients are concerned that if their information is leaked, there could be similar consequences. Nowadays, this information may be conveyed to crowds, albeit anonymously, in order to market mental health services, which some feel is a violation of patients’ privacy. As one friend stated, “When I was a freshman, one of the teachers was giving very personal details about patients they’ve had several years ago. My worry is what happens if I get treated, will I become one of their stories?”

The Chinese government has proposed a few initiatives, such as the 686 programme, to address the mental health issue in China. The measures within the 686 programme, as well as those in China’s 2012 mental health care law, include calls to increase the number of mental health professionals and raising awareness about and destigmatizing mental health issues in China. According to some studies, the Chinese government has been approaching this issue from all levels of government and has even produced propaganda to promote better understanding of mental health issues. On the privacy front, China has continued to strengthen and reform its data protection regime. In 2018, China has implemented a national standard of data protection, often referred to China’s equivalent to the EU’s “General Data Protection Regulation.” This ensures that, at least on a basic level, there is some form of protection of patients’ medical data. However, this is a relatively new regulation and has yet to gain the trust of those seeking care.

However, the burden of treating mental illness is still placed almost completely on one’s family and peripheral community. Although there have been laws that have tried to emphasize the importance of treating mental illnesses and the state’s role in the matter, these initiatives still have yet to catch on, as does the destigmatization of mental illness. The perception that doctors do not care about a patient’s mental health deters sufferers from seeking help, which leaves the issue unknown and untreated. No one knows until it’s too late.

In my opinion, although there has been an honest effort to improve the mental health situation, China is still lacking in three crucial areas: an effective and proportional response for China’s large population, a reduction of cultural stigma and a lack of effective health data privacy. China is improving in all these areas, but still has a long way to go. First, China needs to continue to emphasize the importance of mental health professionals in the community. This includes an emphasis on psychiatric studies as well as offering better wages for those entering and already established in the field. Second, there needs to be a whole-of-government response to ending the stigmatization of mental health illnesses. There need to be serious consequences for those who fail to report serious incidents involving mental illnesses. The government also needs to implement policies that promote positivity and acceptance for those who suffer from mental illness. Lastly, China needs to improve its mental health data protection regime. Previous laws that have been passed need to be strongly enforced to deter people from disseminating personal health data. These are just a few suggestions on this massive and complex problem in China. “I really wish we had better services. I feel everyone has problems.” Fengyao concluded, “Even a company has their own mental health counseling services. A university should not care about a student’s grades or alumni status, instead they should care about their health. Universities should focus on a student’s success and happiness.”

*Name has been changed to protect this student’s privacy.