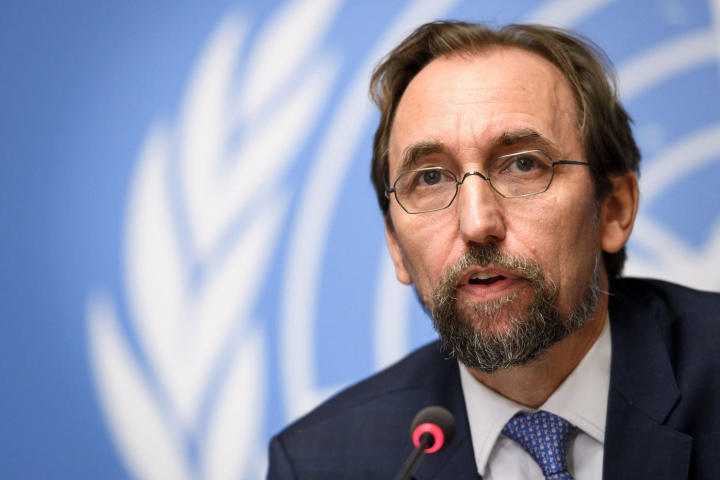 WASHINGTON — Former United Nations High Commissioner for Human Rights (UNHCR) Zeid Ra’ad al-Hussein is a Jordanian diplomat of Turkish, Swedish and Iraqi descent, making him the first Asian, Muslim and Arab to serve in that role. His tenure at the United Nations has been on prominent display — his rhetoric has been unabashedly uncensored and his speeches fiery — and he has used his platform, as one of the world’s most public diplomats, to advocate for human rights and global responsibility. Hussein has also relished his role as a “global nightmare” to the intolerant, admitting that “no one takes this job to win a popularity contest.”

Despite his obvious reputation for intellectual and ethical rigor, Hussein was not expected to be a reformer when he was originally elected as High Commissioner in 2014. Since that appointment, the Jordanian prince has made short work of the more bureaucratically-inclined practices that he sees as plaguing the United Nations. While his supporters point to his willingness to focus on more periphery conflicts like Colombia and Uzbekistan, Hussein’s critics within United Nations’ circles argue that the prince critically misunderstood the role that diplomacy must play in “encouraging states to willingly support human rights.” They say that his speeches — notably one from September 2016 that condemned leaders like Viktor Orban and Donald Trump — harm the fragile infrastructure of cooperation on human rights issues that the United Nations has tried to cultivate in the post-world war environment. To that Prince Al-Hussein reiterates that this unpopularity is a price he is willing to pay. In that same speech, Prince al-Hussein demands that the world “draw a line and speak” out against the injustices committed by dictatorships, ignored by international community, and carefully and insidiously perpetuated by those who would seek to preserve their own power at the expense of human dignity.

Prior to his time as High Commissioner, Hussein was a key player in the establishment of the International Criminal Court, where he worked specifically on the statutes governing the identification and prosecution of war crimes, crimes against humanity and genocide. Hussein guided the court from its role as “only a plan on paper” to a fully-functioning judiciary body with 18 inaugural judges over a three-year time frame. His most prominent contribution to human rights during this time was his work on the “crime of aggression,” extrapolating on the core legal definition of the term and the court’s jurisdiction over the matter. This is no coincidence: The crime of aggression was identified by the International Military Tribunal at Nuremberg as the “supreme international crime,” something that Hussein has been keenly aware of since the beginning of his time at the United Nations. In fact, his hero is Ben Ferencz, the Chief Prosecutor for the United States Army at the Einsatzgruppen Trial and an investigator into Nazi war crimes following the World War II.

This is not to say that the legal work on human rights law has since been completed; rather, it has found itself a powerful advocate in Zeid al-Hussein. Moreover, his relentless pursuit of the codification of human rights protections has not dulled his sensitivity to the living and breathing nature of these issues and the laws that govern them. Hussein’s outrage at a child’s skull used as a decorative prop on a warlord’s car in Bosnia and his condemnation of the suffering of refugees in Myanmar suggests that there is still much work to be done regarding the legal and theoretical frameworks that govern how states and individuals work on human rights. Ben Ferencz’ colleague, U.S. Supreme Court Justice Robert Jackson, who served as prosecutor for the United States at the International Military Tribunal, is quoted as saying that human rights law “is not static but by continual adaptation follows the needs of a changing world.” While Zeid al-Hussein’s time as UN High Commissioner may be over as of September 1, 2018 with the appointment of current head of UNHCR Michelle Bachelet Jeria, it is clear that his work on human rights has not stagnated. He, like the laws he seeks to create and protect, has continually adapted to best serve those who most need defending.

Previous post NATO at 70: In its prime or prime for retirement?