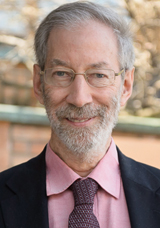 Anniversaries are not events. They are reminders of past events, occasions for reflection, celebration, regret or indifference, depending on how the sequels of these past events are currently perceived. Judgments change as new events reshape the questions we ask of the past.

Otherwise, there would be no point writing new histories of the French Revolution, Germany’s 19th century unification or the Versailles Treaty. All of these, particularly the last, shaped the world in which the Weimar Constitution operated. The Versailles Treaty, concluded six weeks before the Weimar Constitution was adopted, left a toxic legacy of constricting German borders, leaving significant German minorities outside those borders, unrealistic reparations and, most crucially, the ideological trope of a Germany that had not been militarily defeated, but politically “stabbed in the back” by socialist politicians, on whom all the above-mentioned problems could be blamed.

Early judgments about the Weimar Constitution were shaped by the 14 turbulent years of the Weimar Republic, then reshaped by the following 12 years of Nazi rule. Today’s judgments must also consider the 70 years of the postwar Federal Republic and more than six decades of treaties that have shaped, and continue to reshape, the European Union. East Germany’s 45 years of constitutionally separate existence must also be taken into account.

This contextual approach does not ignore the dictum of the 19th century German historian Leopold Von Ranke that history is what actually was (wie es eigentlich gewesen); it recognizes that what actually was consisted of complex and multidimensional interacting phenomena, some of which can be better understood in the light of subsequent experience or as new generations confront similar problems.

A new era of income inequality and fiscal austerity lets us see the political stresses of the 1920s and early 1930s in a clearer light. The same goes for today’s heightened politicization of ethnic nationalism and ethnic difference. In fact, much about the interwar decades of the 1920s and 1930s seems eerily relevant to much of today’s politics, as a rereading of Karl Polanyi’s “The Great Transformation” makes clear.

The Weimar Constitution, drafted by Germans under the watchful eyes of the victorious powers of World War I, had many flaws, such as its now notorious Article 48, which gave German presidents the power to declare national emergencies and temporarily rule without parliament (the Reichstag). As with Donald Trump’s recent use of emergency powers to build a border wall, Weimar’s emergency powers could be cancelled by a vote of the Reichstag (Weimar required only a simple majority, not the two-thirds required to override a U.S. presidential veto).

As the Trump example shows, presidential emergency powers under the Weimar Constitution were not outside the parameters of representative democracy. Weimar’s elected presidents were less free to ignore Reichstag majorities than the pre-war hereditary Kaiser had been.

What made Article 48 so notorious to later eyes was that it paved the way for Hitler’s 1933 Enabling Act. The act, a constitutional amendment and therefore requiring a two-thirds majority, was passed by a Reichstag that the Nazis dominated and intimidated, but in which they held less than a simple majority. As William L. Shirer notes in “The Rise and Fall of the Third Reich,” before the vote, Hitler reassured the Reichstag, “The government will make use of these powers only insofar as they are essential for carrying out vitally necessary measures . . . The number of cases in which an internal necessity exists for having recourse to such a law is in itself a limited one.”

It was the Enabling Act (not Article 48) that allowed Hitler to rule indefinitely without the Reichstag while remaining technically within the bounds of the Weimar Constitution. So was the problem Article 48 or Hitler’s later use of it to legitimize one-man rule? Or, was the underlying problem the political, economic and social crisis of the early 1930s that made this extreme stretching of constitutional emergency powers seem acceptable to the German voters of 1933 and their elected representatives? While Donald Trump is no Adolf Hitler, similar questions could be asked about the use of presidential emergency powers in the U.S.

Another criticized feature of the Weimar Constitution was its provision for national referenda, like the 1934 plebiscite that combined the offices of president and chancellor to make Hitler absolute dictator. While no one would ever mistake David Cameron for Adolf Hitler, the parliamentary paralysis following the 2016 Brexit referendum reminds us that plebiscitary democracy can imperil parliamentary democracy anywhere, not just Weimar Germany.

Weimar Germany has also been faulted for its system of proportional representation, which weakened large parties, empowered small ones and made stable majorities difficult. Yet even in Britain, with no proportional representation, Theresa May has been hostage to the 10 votes wielded by the small, sectarian Democratic Unionist Party.  Once again, was the real problem the Weimar Constitution or the fractured political world it operated in?

Weimar Germany’s most corrosive problem was its violent rejection from birth by the nationalist and militarist right. Under assault by rightist putschists and communist revolutionaries during its first five years, the Weimar Republic seemed to stabilize after 1924, only to be battered again after 1930 by the social economic and political stresses of the Great Depression.

Technically, the Weimar Constitution remained in force until Germany’s unconditional surrender of 1945, used by the Nazis to apply a veneer of legality and legitimacy over a totalitarian dictatorship. And the vast majority of German bureaucrats kept on following orders, no matter who gave them, a phenomenon not unique to the Weimar Republic.

Amid the disasters of defeat and occupation, Germans came to believe in the 1940s that a more thoroughgoing change in constitutional and political culture was needed for Germany to be reborn.

Conventionally, the Weimar Constitution has been remembered for its flaws, the 1949 Basic Law for correcting those flaws and reunification for the triumph of that Basic Law which formed the basis for a new, democratic, united Germany. Perhaps a better way to understand these three turning points is to broaden the frame from constitutional history to the longer-running process of German unification.

In this broader view, we can analyze a halting, problematic process which begins with Napoleon’s destruction of the Holy Roman Empire and moves through the 19th century dynastic power struggles, Bismarck, Weimar Germany, the Third Reich and the cold war division of Germany to culminate after 1990, for the first time, in a democratic and federal German nation-state peacefully cooperating with, rather than worrying and threatening, its European neighbors.

The constitutional strand of this broader history is itself rich in paradox. Drafters of 1949 Basic Law were less sovereign actors than their 1919 Weimar forebears, yet produced a constitution that enjoyed a much more broadly-based (West) German consensus. Through the traumas of defeat and occupation, a vital new democracy was born. Couldn’t the same be said in slightly different ways, of France and Italy?

Next post Will China wash away the influence of the “Korean wave”?
The SAIS Observer Staff