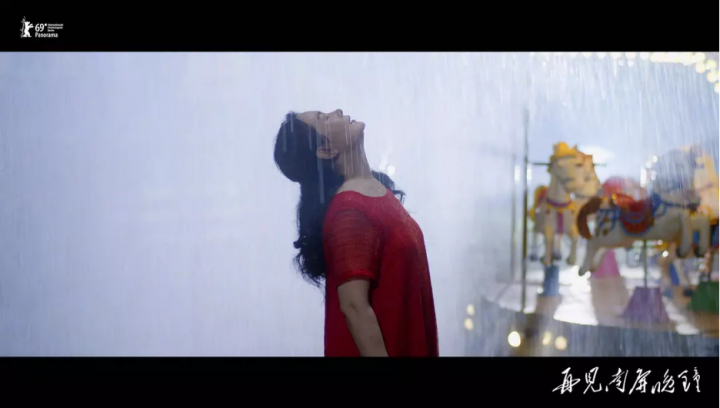 NANJING, China — “Tongqi” is a relatively modern Chinese term used to refer to heterosexual women who unknowingly marry gay men. The tongqi is a marginalized group in China that symbolizes an unintended side effect of LGBTQI discrimination, particularly against homosexual men, in China. Professor Zhang Beichuan of Qingdao University, an expert of sexuality studies who investigates this phenomenon, estimates that 80 percent of gay men in China eventually choose to marry women and that the existing number of tongqi is as least 16 million. This is corroborated by the 2016 United Nations report “Being LGBTI in China,” which states, “Among the married minority respondents, nearly 84 percent are married with heterosexuals, 13.2 percent are in ‘marriages of convenience’ and 2.6 percent in same-sex marriages registered in foreign countries.”

Tongqi are sometimes subjected to emotional abuse and sexless marriages. However, due to the  pressure of traditional family values and insufficient legal protection, very few tongqi choose to get divorced. The Anthropological Research Group at the Harbin Institute of Technology conducted a three-year follow-up survey of 173 tongqi active on QQ, a multi-user chatting app popular in China. This survey was China’s first systematic research report focusing on tongqi. According to the report, more than 90 percent of these tongqi experienced domestic violence such as emotional abuse, physical abuse and serious domestic violence. In response to questions about sexual activity in the marriage, 40.5 percent of tongqi answered “less than five times in half a year,” while 34.1 percent of tongqi answered “almost never” and “never.” In online discussions with those surveyed, researchers found out that 93.1% of tongqi thought that their marriage was a tragedy and that life was meaningless, but only 31.2 percent of them chose divorce. Experts report that children and economic concerns are the main reasons why many tongqi do not choose divorce.

There are social, cultural and legal factors behind the tongqi situation in China. Sociologist Li Yinhe believes that the phenomenon of gay men entering heterosexual marriages is mainly due societal pressure, imposed by traditional values to get married and produce a male heir to continue the family line. In the 2016 UN report, many interviewees admitted that they succumbed to family pressure and were forced to marry and raise children. The vast majority have established relationships with the opposite sex, including marriage with women, to fulfill traditional societal roles as the filial son, husband and father. Compared to gay men, lesbians suffer less social pressure but more family pressure, which may be why tongfu — straight husbands of lesbian women — are less prevalent.

Homosexuality is not accepted by mainstream Chinese society. More than half of LGBTQ individuals say they have been discriminated against or treated unfairly. In schools, work units or religious communities, only about five percent of sexual minorities choose to make their sexual orientation or gender identity public. Since gay men do not publicly disclose their sexual orientation, there is still social and familial pressure on them to marry. Chinese society is in a sharp social transition period, but homosexuality issues are still not given priority, explaining why gay marriage has not yet been legalized.. In contrast to Taiwan, the first region in Asia where gay marriage was legalized, no representative of the National People’s Congress in China has ever made a proposal to legalize gay marriage.

Though homosexuality was decriminalized in China in 1997 and removed from the list of mental disorders in 2001, many challenges remain for LGBTQ individuals — and, as a result, for tongqi — in society. According to a 2014 poll, only 21 percent of Chinese people support gay marriage, which was only five percentage points higher than five years ago. Just this March, the government banned the depiction of homosexuality on film and TV because it is considered “pornographic or vulgar.” There are no specific protections for LGBTQ people under the law, and LGBTQ couples are still not allowed to adopt children.

In recent years, however, China’s attitude towards homosexuality has improved, especially among the youth. According to the 2016 UN report, the younger the respondents are, the more likely they are to be open-minded and accepting of sexual and gender diversity. “The majority of people surveyed are generally open and accepting in their attitude towards sexual diversity. The overwhelming majority (70 percent) doesn’t support the pathological view of homosexuality and stereotype-based prejudices against LGBTQ people…nearly 85 percent support legalization of same-sex marriage. In addition, over 80 percent opine that the law should clearly state that the rights of sexual minorities be protected.”

How should the rights and interests of LGBTQ individuals, and by extension tongqi, be better protected? The first thing to do is to improve China’s current cultural and social environment for LGBTQ individuals by eliminating misconceptions and by strengthening legal protections. We can increase social and familial acceptance and recognition of homosexuality through government action and social organizations. According to the UN report, “As the primary advocate and guardian of the citizens’ legitimate rights, the government can strengthen the awareness of gender diversity and gender equality in both officials and grassroot administrative personnel through staff training and internal regulations.” In addition, strengthening sex education can help people have a better understanding of homosexuality and enable them to recognize their own sexual orientation.

With a friendlier social environment and improved sex education, more gay men would be willing come out, and more people would promote the legalization of gay marriage. Women would not feel the need to resort to “gay identification guidelines” online to avoid entering into relationships with gay men who want to lead them into marriage under false pretenses. Promoting the legalization of gay marriage will also lessen the prevalence of the tongqi issue. If legalization is not possible in the short term, the marriage law could potentially be amended to include “one of the parties in the marriage is gay” as a ground for revocation of the marriage, in order to maximize the protection of the rights and interests of the tongqi in these marriages.

In recent years, a social environment that is opposed to discrimination against LGBTQ people has been emerging in China. China should seize this opportunity to actively promote societal awareness of LGBTQ issues and strengthen the protection of the rights and interests of all sexual minorities. Only real changes in public sentiment can prevent and ameliorate the suffering of the tongqi.

Previous post Zelenskiy’s presidency will be rife with challenges