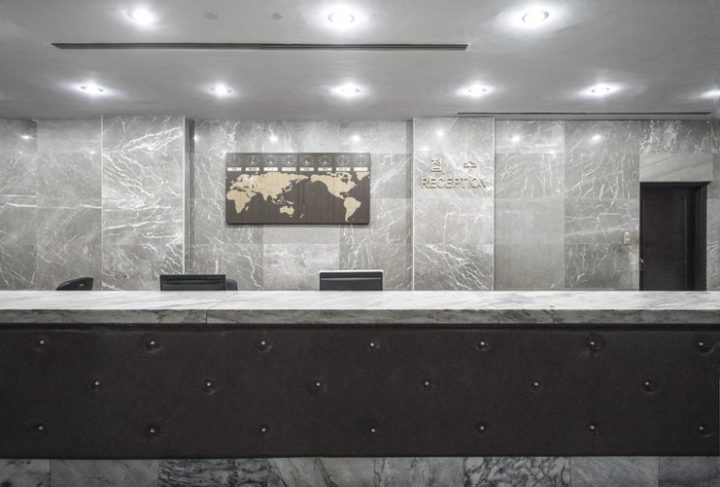 WASHINGTON — When U.S. Secretary of State Mike Pompeo met with Democratic People’s Republic of Korea (DPRK) Supreme Leader Kim Jong Un over Easter weekend of 2018, he offered North Korea “prosperity on par with our South Korean friends” in return for denuclearization. A survey of the country’s late 20th century history suggests that the Kim regime does not view integration into the global economy as a path to prosperity, but rather as a dangerous abdication of sovereignty. U.S. negotiators should therefore offer Kim an economic deal that allows him to cultivate foreign commercial ties while maintaining control over a “hub and spokes” configuration of trade relationships. One way to achieve this is to allow U.S. corporations to invest in North Korea’s Special Economic Zones (SEZs) in exchange for mutually-defined denuclearization.

In 1946, Kim Il Sung nationalized key industries and began to design North Korea’s economy to achieve internal interdependence and external independence. This objective clashed with the USSR’s 1949 “New Course” strategy, which sought to establish collective interdependence with its Communist allies through the Council for Mutual Economic Assistance. Kim was allergic to the idea of dependency, even with friendly countries like the USSR and China, and feared a new version of colonial subservience to more mature Communist countries. He refrained from joining the collective socialist organization, opting instead to mobilize indigenous resources through a number of national economic plans.

At this time, the North Korean economy was performing relatively well — it did not begin to decline until foreign aid petered out in 1956. And yet, even under auspicious economic conditions, Kim was unwilling to risk dependence; he felt that joining a multilateral conglomeration of pooled interdependence would jeopardize his country’s economy. This historical insight sheds light on the Kim regime’s view of global interdependence today — if the regime was unwilling to run the risk of depending on allies when the North Korean economy was performing well, why would it risk dependence on “hostile regimes” today? From Kim’s perspective, such a move would threaten its already abysmal economy rather than strengthen it (Person 2019).

Another historical event that offers insight into the DPRK’s hyper-defensive stance towards its independence is the 1956 Sino-Soviet joint party intervention. In a clear abrogation of North Korea’s domestic sovereignty, China and the USSR compelled the regime to make economic reforms that derailed Kim’s Five Year Plan. This event drove Kim to aggressively minimize foreign influence over the country’s political, economic and cultural developments. To achieve this objective, he operationalized “Juche,” an ideology of national pride and identity into daily life. The nationalist ideologies that were adopted during this era continue to guide policies and daily life in the DPRK today.

With these observations in mind, the State Department should tailor its nuclear negotiation strategy to fit North Korean desires for selective, bilateral trade arrangements. An offer to permit foreign direct investment (FDI) by U.S. firms in North Korean SEZs is one win-set that would greatly entice the regime. Kim Jong Un has made economic growth through SEZs a policy priority, establishing dozens of new zones since 2013. However, the country has failed to attract the desired foreign investors and economic activity has languished as a result. Bringing American FDI to these areas would allow Kim to achieve a major national priority, and therefore represents a powerful incentive to induce denuclearization. U.S. negotiators should propose talks between the U.S. Trade Representative and the DPRK Ministry of External Economic Relations as a starting point.

While it is true that many firms are unwilling to invest in areas with high political risk, North Korea’s abundance of relatively well-educated, inexpensive manpower may be enough to attract companies in labor-intensive industries. Regardless of the level of investment that actually takes place, the benefits of officially establishing trade relations with the U.S. would have a positive ripple effect for North Korea, since trade relations with the U.S. are critical for re-establishing trade with Japan and South Korea. This downstream benefit would make the offer even more enticing to Kim.

In the present status quo, China remains firmly in the lead as the DPRK’s single-largest trading partner, trumping modest Russian and Mongolian FDI in SEZs. In line with Kim Il Sung’s philosophy, the current regime views this dependence on China as a national security threat; the government’s recognition of this vulnerability is reflected in the Central Committee and Central Military Commission’s calls to “make the foreign trade multilateral and diverse.” By allowing American investment in SEZs, the U.S. would offer North Korea a solution to its China problem while allowing the regime to retain political and economic independence. This would serve as a highly effective carrot for inducing denuclearization.

Skeptics may say that the United States should not negotiate with the DPRK because it has flagrantly disregarded various nuclear agreements since the 1990s. Indeed, North Korea has reneged on two major agreements in which the U.S. offered aid in return for denuclearization. A key reason for these failures was the use of vague language in the agreements, which caused misunderstandings regarding the scope of the deals. With these concerns in mind, permitting American FDI must be contingent upon establishing a clear framework for denuclearization using mutually-defined and concise language. According to CSIS’s Nuclear Project director Rebecca Hersman, employing a cooperative threat reduction, a comprehensive approach or a step-by-step framework would allow the U.S. to ensure that that it is not “giving things away without getting something in return.”

The Kim regime’s historical aversion to pooled interdependence continues to animate economic and political policies today through the cornerstone concept of “Juche” upon which national identity is built. Only by offering rewards that allow Kim to maintain a sense of control over the economy can the U.S. make an offer attractive enough to induce denuclearization. Historical evidence suggests that although the regime would like to cash in on Pompeo’s offer to raise the country’s level of prosperity to that of the Republic of Korea, it does not seek to get there by replicating the South Korea’s chosen path for economic growth.

Previous post Victory for the left in Spain comes at a cost
Next post We have liftoff: SAIS welcomes first Doctor of International Affairs (DIA) cohort
The SAIS Observer Staff