NANJING, China — Through a myriad of COVID-19 media coverage, the human element of the virus is most frequently lost in translation. Both western and Chinese media predominantly focus on government responses, but rarely cover the intimate details of the individuals involved. Over 100,000 people have been infected with COVID-19 worldwide and many more are affected as healthcare professionals, families, or those, like myself, who were simply in the wrong place at the wrong time. Discussing personal stories with individuals can highlight the humane element to the outbreak, breaking down the fear and anger that has so thoroughly plagued the news. It is my hope that by sharing my stories, others will be compelled to share their own. It is one of the few ways we can break down the misunderstandings and fears about China and this virus.

For the Lunar New Year holiday I traveled to Shenzhen, a city just beyond the Hong Kong border and home to China’s technology industry. Under normal circumstances, Shenzhen is a young and lively city with a distinct culture and attitude. However, after the COVID-19 outbreak, anti-foreigner sentiments have become apparent. For me, this feeling began at my Airbnb, where an older guest immediately and intensely protested my presence. Angrily inquiring as to who I was and why I was there. In the city, there were times in which police officers would actively follow me around without reason. “I am following this foreigner,” I overhear an officer at the Futian Metro Station say. “Make sure you let the others know.”

Early on I read news reports of an unknown virus that had broken out in Wuhan, which was accompanied by persistent warnings from my family. However, at the time, I believed it was relatively contained and assured them  I was safe. Based on what had been reported I understood the cases to be the result of animal-to-human transmission. As soon as reports of human-to-human transmission appeared, the city began to change. The first day of the outbreak resulted in everyone immediately donning facemasks. As the days progressed, stricter controls including temperature checks and facemask requirements were put in place to contain the spread.

As a result of the worsening situation in the city and in China overall, the old men residing in the Airbnb began arguing about the virus and who to blame. “We have to blame America for this disease. They brought this disease here,” said one of the old men “We have a foreigner here; I don’t trust him. We don’t know anything about him. What if he brings the virus over here.” Every day, roughly at the same time, they would comment on the inefficiencies of government action, the lack of peoples’ consciousness about the virus, and the occasional conspiracy theory. 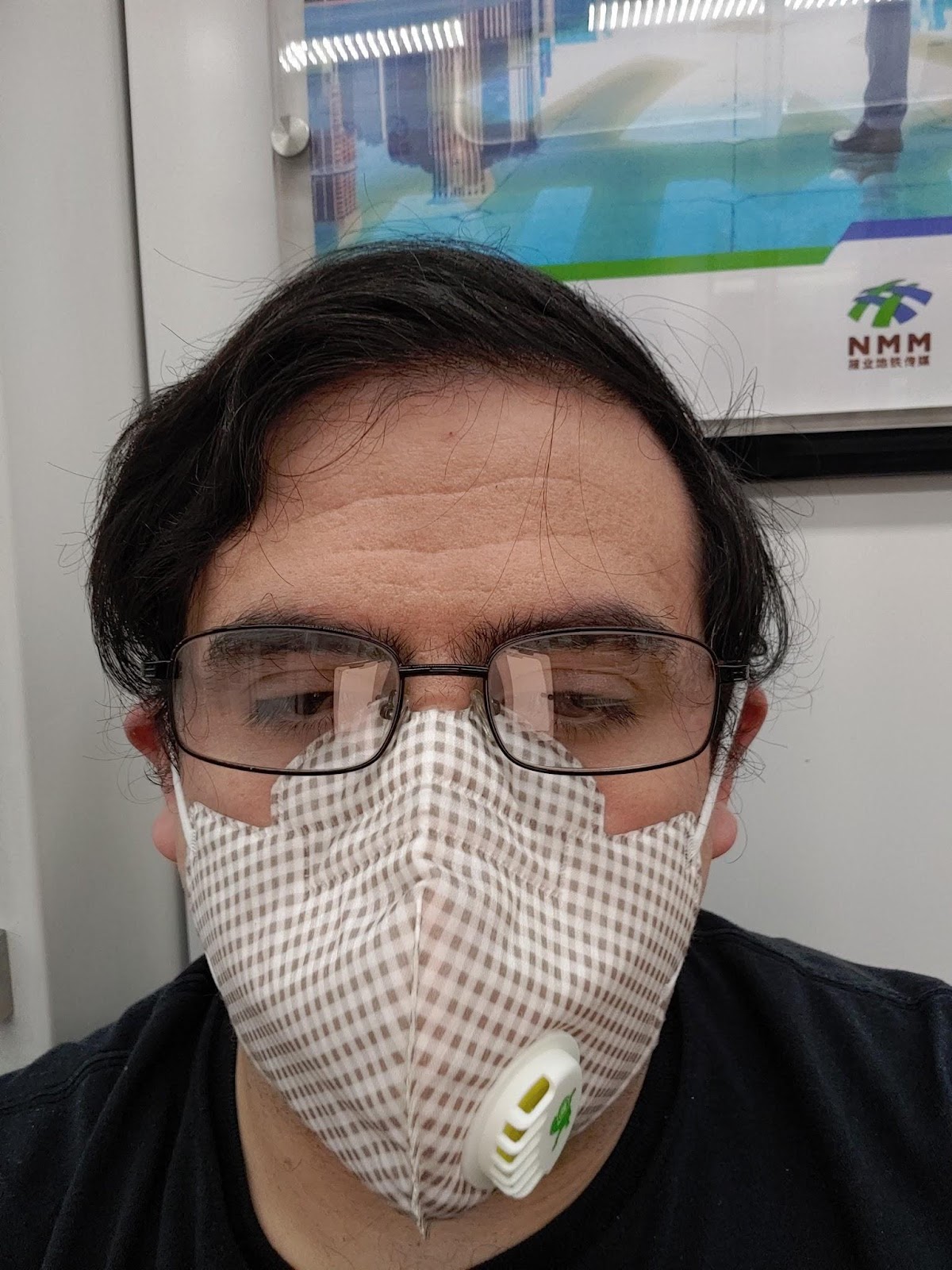 I became more conscientious about what I wore, which did not quell the commentary. “I saw him wear a facemask. He has to be sick! Why would he wear a sweater and a face mask?” said one of the guests. “We need to keep an eye on him. He is a health threat.”

Initially, I had thought they were talking about someone else until my very loud neighbor began to live stream the daily dramas of the Airbnb. “I saw this foreigner who wore his facemask today and always wears a sweater even when it’s not cold. He is quite scary,” she said. “We aren’t sure if he is sick or crazy.” Later that day she would later vent about the rapid rise of confirmed cases and deaths, at one point screaming and crying in complete helplessness.

Around this time, I began to worry about my living situation. The Hopkins-Nanjing Center administration informed students that we would not be returning to the center on schedule. This announcement put extra financial pressure on me as there was no possible way for me to return home, nor would I have enough money to pay for an apartment for the duration of the outbreak. Every night, I would call my family and friends to discuss my situation. Relations between the other guests and I were deteriorating quickly. Discussions of my presence began to take a strange and awful turn. There were conversations about investigating my presence there. In one particular conversation, the guests there were discussing whether they could falsify some documents to get me to leave. “We are investigating him tomorrow. I really hope he leaves Shenzhen. I don’t want to see him,” said the live streamer.

I was already annoyed that I couldn’t find peace and quiet in my room, so that night I decided to move to the lounge to study. This change prompted a strange outburst from my neighbor. “I hear him in his room. Sounds like he is trying to flee,” said the live streamer as I packed up my laptop. “He is definitely trying to leave.”

As soon as I left my room with my backpack, “He is fleeing. Guys, I have to go now.” She immediately called her step-mom “Mom! He’s fleeing! Stop him!” The next day, I discussed the frequent cases of discrimination with the other guests, which they handled with sensitivity and care. They assured me that I was welcome in their Airbnb and that they did not tolerate any form of discrimination. “Americans always complain about discrimination. We just don’t know anything about him, that’s all. There is no discrimination.” said the older male guest complaining about getting scolded by the staff.

In the last week of my stay in Shenzhen, the situation became extremely precarious. I had begun to skip meals in order to save money. With all these pressures and fears boiling up, I opened up with the other guests about my feelings regarding the current situation I was facing. This conversation helped build a sense of trust among us. Eventually everyone had a change of heart, from the live streamer to the old man (who had protested my presence on day one). Not long after, I received a call that one of my family members was willing to pay for me to come home the next day. I was both ecstatic and relieved. When the other guests heard this news, they all began to express regret that they didn’t get to know me sooner but hoped that they could meet me again one day.

However, I did feel guilty over how things turned out. I could have opened up sooner to prevent further issues. I am normally a quiet and reserved person. Dealing with hostilities, especially in a foreign language, is a massive challenge. The virus outbreak made the cultural and linguistic challenges even greater. The lack of dialogue and the constant state of fear of each other is what led to the worsening of relations amongst those I was living with. Once dialogue was opened between us, the situation began to resolve itself. At a time when the virus has us feeling isolated from each other, we should find ways to have the closeness and warmth we are used to. Otherwise, we may all go stir crazy.