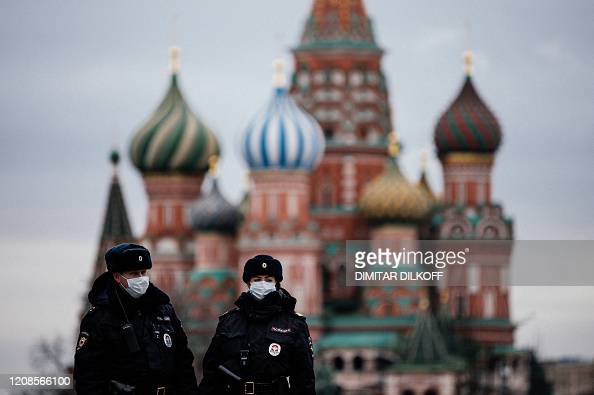 As the situation on the ground in Ukraine changes from day to day, so too must the U.S. response. In the absence of direct military engagement – which the U.S. is keen to avoid – the Biden administration has worked with the EU, the U.K., Canada, and Australia to create the largest sanctions package in U.S. history to staunch the Russian invasion and support the Ukrainian people.

In light of these developments, SAIS Careers in Diplomacy club and Professor Adam Szubin held a roundtable discussion. Professor Szubin, the former Under Secretary of the Treasury for Terrorism and Financial Intelligence, offered some insight into the sanctions’ structure, purpose, and consequences.

During his time at the Treasury, Professor Szubin worked on the initial sanctions designed and enacted following Russia’s annexation of Crimea in 2014. Even by his own admission, they were not incredibly effective: the swiftness of the invasion had caught policymakers and the public off guard, and Russia’s intentions were unclear. This made it difficult to determine what types of sanctions might be effective and what exactly “effective” meant in this case.

In the end, the 2014 sanctions were reactionary and preventative, designed not to cripple the Russian economy – which might have been detrimental to the European allies – but rather to “alter [Russian] conduct” and incentivize Russia to agree to the Minsk II agreement. The agreement in question was the second edition of a ceasefire deal negotiated by Russia, Ukraine, OSCE, and separatist leaders. However, Russian leadership failed to act in accordance with the agreement, instead denying they were even involved in Donetsk and Luhansk, which would mean the requirements of the deal did not apply to them. Rather than punishing Putin for the Crimean invasion, the U.S. focused on dissuading him from further escalation and any “maximalist” expansionary goals in Eastern Europe and Eurasia.

Today’s sanctions look completely different, down to their very purpose. Prior to the invasion, the sanctions focused on deterrence. However, within just a couple days, policymakers knew that sanctions would no longer incentivize Putin to back away from Ukraine. Professor Szubin believes that at this point, just days into the invasion, the intention behind the sanctions shifted away from deterrence and focused instead on punishing Putin, encouraging domestic resistance to his regime, and “[making] an example” out of Russia to reinforce the consequences of “an atrocity at this level.”

The 2022 sanctions package targets a wide variety of Russian institutions, industries, and individuals. The U.S. initially directed sanctions and export controls on major Russian banks and industries through which Russia maintains a strong dependency on the West, including “semiconductors, avionics, maritime technology, [and] sensors.” But as Russian aggression against Ukraine continued, the U.S. and allies implemented comparatively extreme sanctions, such as establishing sanctions on Vladimir Putin himself – a move Professor Szubin characterized as placing Putin in the same league as Al-Qaeda – to immobilizing Russian foreign assets and excluding Russian banks from SWIFT, the European-based encrypted messaging system that holds a global monopoly on international financial transactions.

Though he agrees with the design and the implementation of the sanctions package, Professor Szubin voiced his concern that sanctions have become the “instrument of first resort” in response to international foreign policy disputes.

These sanctions also raise ethical concerns. Because they are designed to cripple the Russian economy, the entire Russian population will suffer. Moreover, because sanctions operate regressively, they will hurt the most vulnerable groups in Russian society the most. In this way, sanctions can inflict massive costs on innocent civilians and parties, not necessarily by accident.

According to Professor Szubin, a party of thought amongst policymakers contends that only a total regime change can improve the situation in Ukraine and Russia. From this perspective, regime change can be obtained by creating an intolerable economic situation for ordinary Russians through sanctions, thus galvanizing the Russian people against Vladimir Putin and encouraging widespread protests and dissent, as has happened before in response to economic strife.

But sanctions can have financial repercussions for the sending country as well. Aside from potential losses in trade, investments, and capital flows, the very “perception” of the Western financial infrastructure can be upset as a result of sanctions. Currently, the U.S. dollar is the world’s leading reserve currency; however, by freezing Russian assets, the U.S. government has demonstrated that it is willing to weaponize foreign-owned financial assets in response to foreign policy disputes. This weaponization can undermine the reliability of the dollar on the global foreign exchange market, as dollar investments can begin to appear vulnerable to Western politics. A fall in U.S. currency confidence could incentivize nations to find substitutes for the dollar to insulate themselves from harm by American sanctions. In the long term, the U.S. dollar could even lose its status as the primary reserve currency as the reliability of the dollar decreases among foreign governments due to its perceived politicization.

For these reasons, Professor Szubin cautions against the overuse of sanctions. But in the case of Russia and Ukraine, he believes that the current sanctions package is a move in the right direction. In addition to the aforementioned measures, a “transatlantic task force” has been created to track the wealth of major Russian oligarchs with political ties to Putin to sanction them directly. Moreover, if the sanctions escalate further, future measures could include sanctions on Russian energy – Russia’s largest source of foreign income – and secondary sanctions, which would impose financial consequences on nations that continue to maintain diplomatic and financial relationships with Russia.

As the world watches the violence and devastation unfolding in Ukraine, the Western response to the situation is under close scrutiny. Whether policymakers will implement further measures and whether sanctions can bring the conflict closer to a resolution remains to be seen.

Next post Mexico: Journalists Die in the Dark
The SAIS Observer Staff