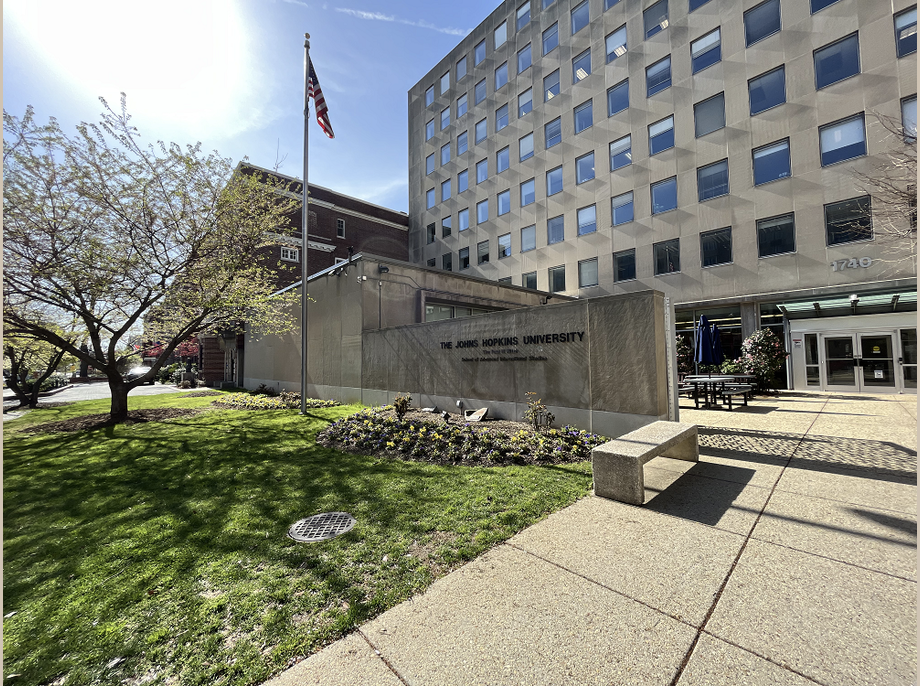 On her last morning as an officer of the student government, the events coordinator (referred to hereafter as Grace) woke up to an email from her colleagues:

SGA rep: I appreciate you sharing how you feel regarding the situation. We still more than welcome you joining the call tomorrow. Otherwise, all attendees also have your notes below. Thanks.

Grace had been protesting profusely over the previous two days, and had made her refusal to attend her own impeachment trial clear to all involved.

Less than five hours later, Grace was removed from office. Her peers had unanimously voted against her continuance on the SGA board. They sent her another email informing her of their vote. She read the decision, took a screenshot of it on her phone, and sent it to the school-wide Signal group chat.

Grace: Impeached. In absentia. Without quorum. Without reason

You may have seen it, or you may have seen one of the 30+ following messages sent that day by Grace arguing her case. She publicly laid out her claims, accusing her now-former colleagues of violating the SGA constitution and refusing her fair treatment.

Student government officials, by their own admission, kept the impeachment process far removed from the public eye. One of the only two public comments about impeachment came a day after the vote. SGA emailed the student body, stating simply that an impeachment had occurred. They wouldn’t say ‘who’ or ‘why’. The other public comment came a month prior, telling a student at a Town Hall that there were no plans to involve the student body in the process.

But what led to this moment? How did a student government make the decision to remove a colleague from the SGA board? What objections did Grace raise during the impeachment process? Why was SGA so quiet about the impeachment, and did they actually violate the rules as Grace had claimed?

The events leading up to Grace’s ultimate removal from the SGA are littered with references to the SGA Constitution. It’s a thin, shoddily-written document with visible track changes and almost nothing to say about impeachment proceedings. In fact, only 4 lines are dedicated to the procedure. They read:

SGA Representatives can be impeached and removed from office in one of two ways:

a. A unanimous decision by the other eight SGA officers

b. 66% student support for the removal in a special school-wide referendum with at least 25% of the student population voting.

In the days leading up to the trial, both Grace and SGA appeal to the words that appear, and the ones that don’t, in these four lines to prove their respective cases. Ultimately, the student government had the final word, voting to remove Grace in accordance with their own interpretation of the by-laws.

The conflict between Grace and the SGA lasted for nearly two months and was plagued with personal disagreements. However, our story starts at the end, two days before the trial is held, with an email notifying Grace of the vote and two incompatible interpretations of the rules.

[Note: all requests for anonymity have been granted by the Observer. Pseudonyms are used throughout.]

Following months of friction between Grace and the rest of the SGA board, the President of SGA decided to move forward with an impeachment trial. On September 13, two days prior to the impeachment trial, the Student Events Coordinator received a message from the student government:

The members of the SGA have decided to convene a meeting and vote on your continuance as a member of Student Government.

This thirty-minute meeting will allow you to petition your case and hear opposing sides. As other

parties officially called for this vote, I will be running the meeting.

1. For the first five minutes, the president will have the floor to speak, if she wishes.

2. You will then have the next ten minutes to present your case and petition the SGA.

3. After each of you has spoken for the allowed time (at maximum), I will open the next ten

minutes to other members of the SGA to speak as they wish.

4. After these times finish, I will call a voice vote, yay or nay, for whether you will remain a

member of the SGA.

It was then decided the meeting would take place two days following receipt of this email (September 15th). Grace promptly responded arguing that the trial was illegitimate for a number of reasons.

The case against the case:

Grace identified three major contentions with the proceedings.  First, she argued that there needed to be 8 SGA members present at the meeting to represent the quorum (quorum is undefined and in fact never mentioned in the constitution).  She further contended that, in the spirit of due process, the accused should be afforded the nature and details of any alleged infractions, the identity of the accuser, the purported evidence of any infractions, and adequate time to build a defense. Finally, she expressed her concern that Assistant Dean John Bryant would be sitting in on the trial as a neutral observer.

In May of this year, Bryant was implicated as a third party in a sexual misconduct claim filed by Grace with the EIO. Bryant was not the subject of this claim and has never been accused of any sexual misconduct by Grace. Grace’s issue was an alleged mishandling of the situation by Bryant, and because of his tangential involvement in her claims, he was not a suitable impartial observer for the upcoming impeachment.

Grace’s arguments underline a serious problem with the SGA constitution: there are barely any guidelines concerning impeachment, which is by nature a hotly contested issue and one in which the wording matters. Only two vague lines provide any sort of guidance, stating that a member can be removed through a unanimous vote from the other 8 SGA officers or a 66% majority vote from the student body. Why eight? There are at least ten seats on the SGA. Do there need to be at least 8 officers to reach quorum?  The constitution does not elaborate on what should be done when there are fewer than 8 elected SGA officers, as was the case here.

To these arguments, SGA responded:

SGA Representative: The constitution does not require any of that information. You will hear from others and be able to speak at the meeting in your allotted slot.

The constitution does not say at least eight other SGA officers. In the absence of additional positions, the current SGA board represents a quorum.

Any further arguments you would like to make vis-à-vis your position as an SGA officer can be given in the meeting.

The program chair’s main arguments were dismissed. The SGA would not supply her with their complaints so that she could prepare a defense; she would have to refute them on the spot. The SGA also determined that “a unanimous decision by the other eight SGA officers” did not mean that eight officers were required, only unanimity. With the lack of a full eight elected officers, the five current officers represented the quorum, according to the student government.

Furthermore, multiple SGA board members were made privately aware of objections to Bryant’s neutrality. Before the trial, Grace also posted about her strained relationship with the Student Life Director in the student-wide Signal chat. To our knowledge, this was never given consideration by SGA, and Bryant was the only neutral observer present during the trial.

“The student body is not involved”:

A month before the impeachment trial officially took place, impeachment was being discussed by SGA leadership. Word reached Grace, and Grace publicly shared the news. That same week, at one of SGA’s “Town Hall” events, a student asked about the impeachment. Grace, who was in India at the time, was not present at the meeting.

Student: What’s impeachment and are students going to be involved in it?

SGA Representative: This is an internal SGA matter that’s being handled internally, and the student body is not involved.

SGA firmly rejected the call for public disclosure on the issue of impeachment. In fact, this would be the last time SGA mentioned the process until the day after Grace was ousted.

The SGA Constitution, which has little to say about impeachment to begin with, has nothing to say about the requirements of publicizing information related to the trial. They were within their rights not to involve the student body and to conduct the impeachment away from the public eye.

The actual trial was also held in private, with sparse details being released. The Observer asked to attend the trial and was denied access to the meeting on the morning of Grace’s impeachment. The Observer followed up afterward to ask SGA officials what events, shortcomings of duties, or unacceptable behavior ultimately motivated SGA’s unanimous vote to remove Grace. They responded:

SGA Representative: Each member of the SGA Board made their own decision on how to vote. Members were aware of the circumstances that had led to this course of action. Out of respect for the privacy of the parties involved, it would not be appropriate to comment on the specifics.

Grace continues to claim that she is unaware of the reasons she was impeached, and to our knowledge, she was never formally given that information. The Observer has not received clarification on the details of the trial, and there is no recourse to compel disclosure. The SGA Constitution does not require that they share any facts related to the removal of a board member.

Ultimately, student government leadership held an expeditious impeachment trial on their own terms. They did not entertain process objections from their defendant, and they continue to keep the contents of the trial private. This was all consistent with the Constitution.

The SGA Constitution has four short lines dedicated to impeachment, which gave leadership the ability to create any type of process so long as they officially voted unanimously. When objections were raised by Grace, it was SGA themselves that ultimately decided if the objections were valid or not. When The Observer and the student body asked for information, SGA got to decide what information, if any, they were required to disclose.

The constitution was at the root of the problem. Its vagueness allowed it to be interpreted by both parties in whichever way benefited them most. The Constitution provides no mechanism to challenge the SGA’s interpretation of the rules, nor does it provide a tool to compel them to disclose anything they do not want to. They impeached on their own terms, and they will discuss it on their own terms. With a guiding document as vague as the SGA Constitution, any interpretation can be justified– and the official one couldn’t be challenged.

Previous post On the 11th Anniversary of the Repeal of “Don’t Ask, Don’t Tell”