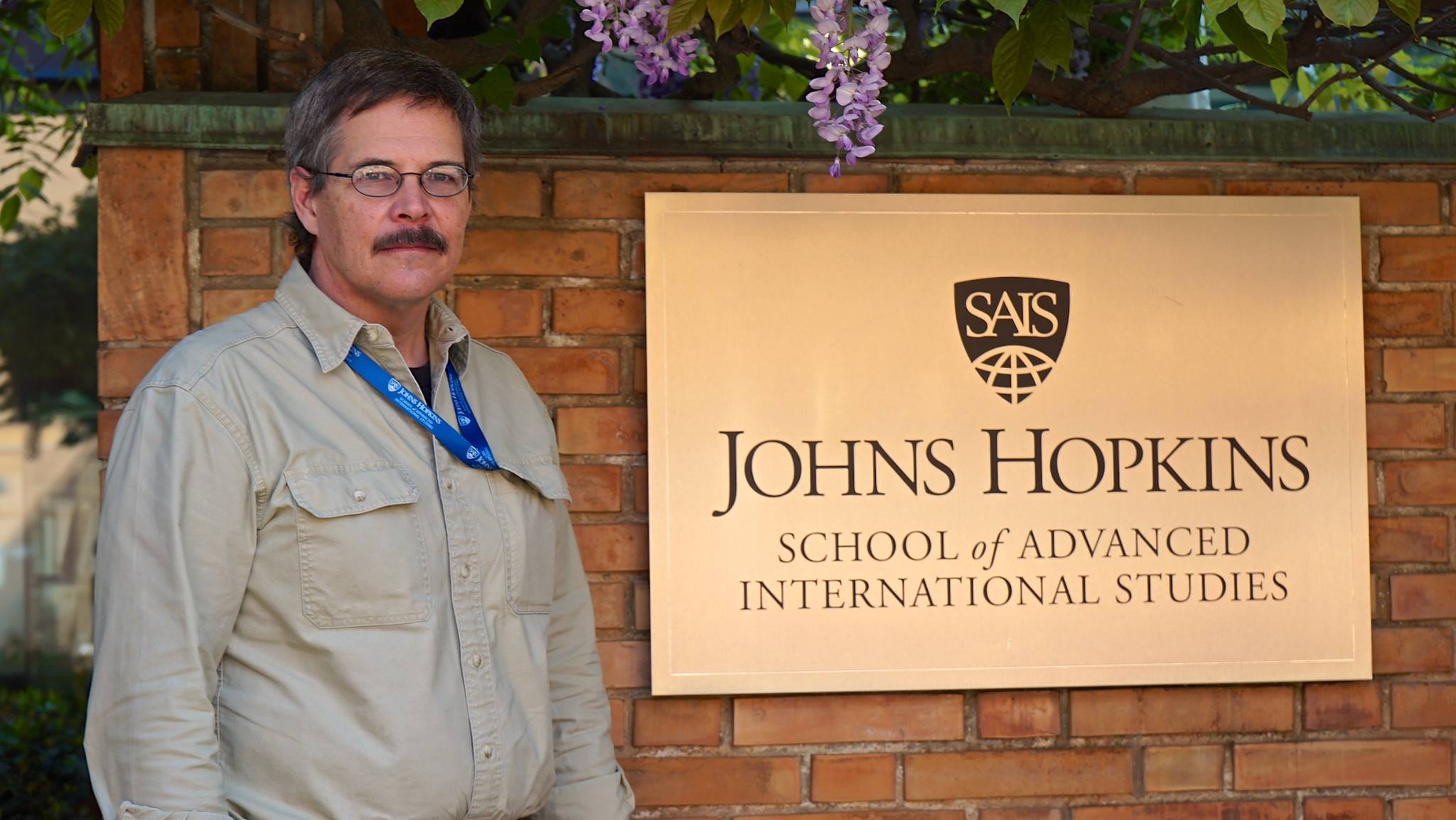 To the casual observer, Fitz Fitzpatrick may seem to be an overly diligent student who spends an inordinate amount of time in the library. In fact, he jokes that in some regards he is more familiar with the student computer room at SAIS Europe than with the city of Bologna.

Upon closer look, however, one comes to understand a man who has devoted much of his life to the service of his country.  At an early age, Colonel Fitzpatrick became interested in a career in the armed forces. In his words, Fitz saw a career in the military as the opportunity to do a “white collar job in the woods”. Drawing inspiration from his father, who served in Germany during the early Cold War, and from an uncle who had a thirty year career in infantry, Fitzpatrick studied History at Johns Hopkins in Baltimore with an ROTC scholarship.

Surprisingly, Fitz credits time spent as a radio news reporter in Frederick County, MD, as playing an important role in his later military career. As an Army Civil Affairs Officer in Bosnia, Djibouti, Iraq, and Kuwait, he drew upon earlier interactions with local government officials.

“In 1999, I met with a municipal electric director in Ugljevik, Bosnia,” he said, “and it struck me that his concerns were similar to those of a water commissioner I interviewed for the radio station two decades earlier.”

If there is a pattern in Fitz’s career, it is that he finds similarities in seemingly disparate situations.  After eight years in the infantry, mostly in Korea, Fitzpatrick returned to the Homewood campus in 1993, where he earned a Masters in Geography. His thesis on Base Realignment and Closure at Fort Ritchie, MD, informed his understanding of a steel mill closure in Zenica, Bosnia, and he was able to discuss the issue of secondary- and tertiary-unemployment with the Turkish Commander responsible for security and reconstruction of the area.

Fitz was previously accepted to the MIPP program in 2005, but delayed the opportunity to take a tour of duty with Joint Forces Command, in Norfolk, VA, and then to serve as Deputy Commander of the Civil Affairs Brigade in Baghdad during 2006-2007. This was the year of the ‘surge’, and his duties included oversight for Army Civil Affairs companies and battalions supporting 20 Maneuver Brigades and three Division Headquarters, in the various regions of Iraq.

Colonel Fitzpatrick retired from the U.S. Army in 2012, and has been studying Arabic with Middlebury College and German with the Goethe Institute ever since. After SAIS, Fitz intends to do an additional year or two of language study, before returning to work with the U.S. government or with an international agency.

“I have worked with excellent interpreters, but nothing matches the ability to actually talk one-on-one with your counterpart, regardless if it is the news, military, or diplomatic field.”

Garrett Sweitzer is the Managing News Editor of the SAIS Observer as well as a first year M.A student in European and Eurasian Studies.

Previous post That School Across The Street: the Differences Between American and Italian Universities