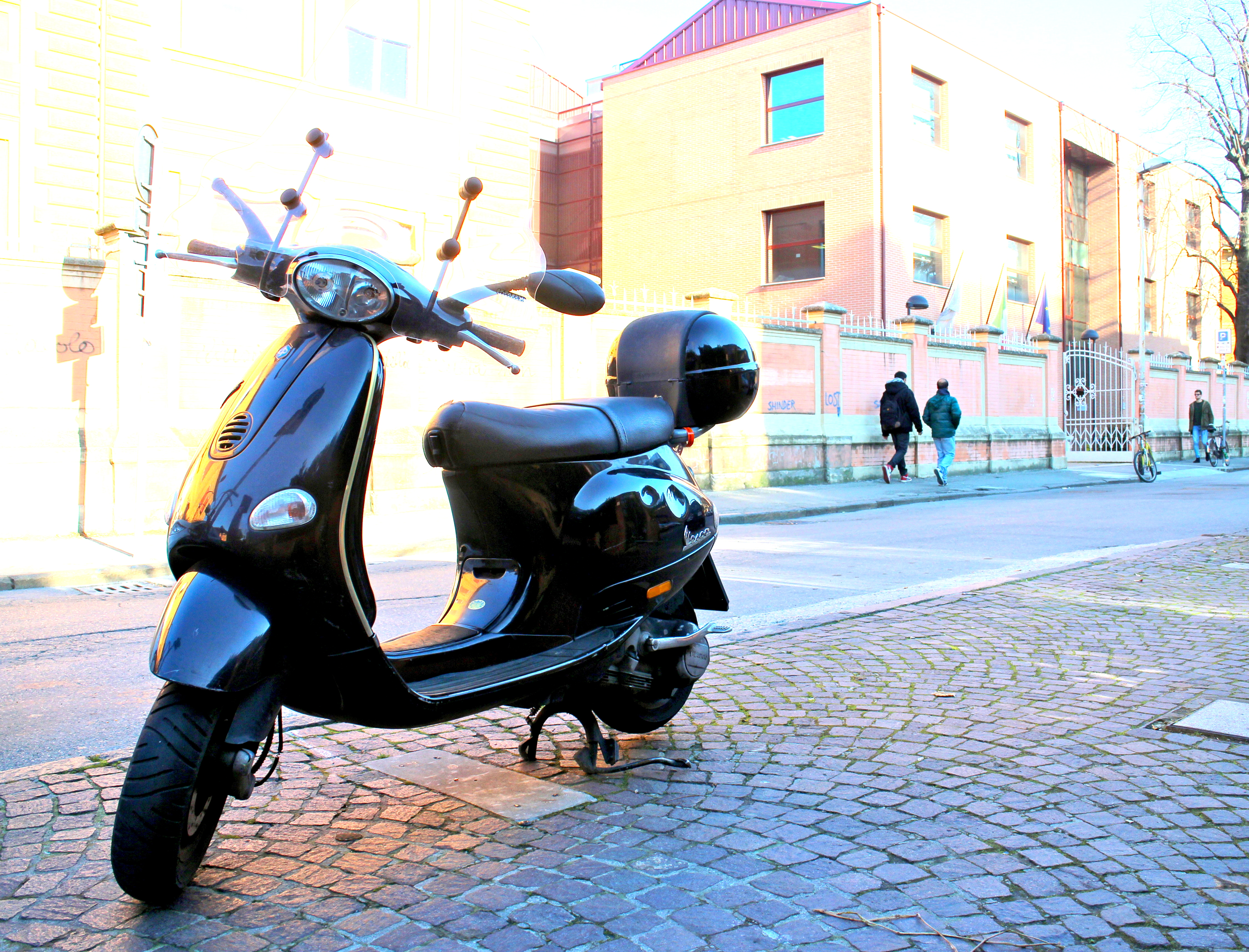 When I decided to spend my first year at SAIS in Italy, I knew I wanted to live with a host family. I chose my particular host family because they had hosted my good friend’s mom 30 years prior. However, the family’s home is almost ten kilometers outside of the city. In order to help me out, the family offered to repair an old Vespa for me to take to school everyday. So went the plan.

My experience with the Vespa has taught me a few life lessons that are worth sharing—if not for actual intellectual stimulation then for posterity’s (and hilarity’s) sake.

Lesson #5: Commit to a plan and stick to it

After visiting the mechanic for the fifth time in my first week with the Vespa, I began to doubt the longevity of the arrangement. The Vespa would either not start or would start only long enough allow me to drive away from the mechanic only to stall again. The costs that I was imposing on my hosts, as well as my complete lack of knowledge of Italian, forced me to consider abandoning the host family project. When the Vespa failed to fire up in the morning I would take the bus twice daily (I teach English at home during lunch). I was commuting three hours each day, which made my free rent feel a little less attractive. After three weeks of functioning intermittently the Vespa was finally fully operational. I felt like Lord Vader gazing upon the rebuilt Death Star for the first time—my baby was ready for action!

After the Vespa repairs were completed I began to work on non-essential, but functional, parts of the Vespa. First up: the mirrors.. The rearview mirrors actually faced downwards rather than towards the rear. My host dad and I went to go see if we could fix this. He simply looked at the mirrors for a while, and then he began twisting them before, in one swift motion, he snapped the mirrors off. In semi-disbelief I looked at him and he simply glanced at me and said, “boh,” before walking away. Luckily I adjusted quickly to driving without worrying about what was behind me.

Lesson #3: Things don’t always go your way – deal with it

On my way home from class one evening I hit a bump. One of the tires lost air, making the Vespa wobble until I stopped and caught it. Being on the main ring road of the city during rush hour, I jumped off and pushed the Vespa as fast as I could to the closest gas station. No one was there, so I left it in a corner as to not block the pumps. The next morning when I returned, the Vespa had disappeared. Thinking it had been stolen, I called a tow truck number that I found on a nearby wall to see if they had taken it. As it turned out, they thought it had been abandoned and thus had towed it. They also wittingly informed me of the flat tire, and then told me that I could un-impound it for 120 euro. I rode a bus, for 40 minutes, to their garage to pay the ransom. I got lost twice before I had to eventually call the mechanics to rescue me.

Lesson #2: Rules are meant to be broken

The most important unspoken rule of driving a Vespa in Italy, in my experience, is to simply continue riding past stopped cars. The beauty of Vespa travel is that you can almost fit into every nook and cranny in a traffic jam. Whether you’re using the space on the shoulders, or driving on the double line in the middle of the road, you go the furthest, fastest when you take advantage of your (Vepsa’s) own strengths. My Vespa has taught me some important lessons so far, but winter is coming and with it, undoubtedly, lessons of a new season in Vespa driving.