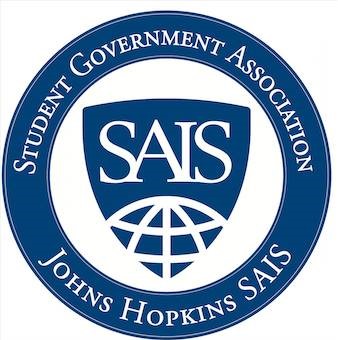 To be fair, not a single individual at SAIS Europe met the nomination requirements for Vice President, which included submitting a video and personal statement. However, the peremptory decision to fill the position anyway was nothing less than undemocratic. The process lacked transparency, and for all the campaigning on inclusivity, SGA leadership has clearly displayed the opposite.

The SGA in Washington ultimately decided it would be more convenient to not seek out Vice Presidential candidates and to abandon the election altogether. They asked the two students running for the Bologna Representative position to decide between themselves who would become Vice President. One of them then changed their nomination to fill the vacancy after the deadline had passed. No other student was bestowed this political privilege.

This is an abdication of responsibility. Neither the current SGA leadership in Washington nor the future leadership in Bologna informed the student body that there was no legitimate candidate for Vice President. Neither group engaged SAIS students in Bologna or on the other two continents for their opinions on what to do about it. The current SGA chose to offer leadership opportunities without a democratic process. The Bologna candidates then chose to accept that offer instead of acting upon it.

With over 40 countries actively represented at SAIS Europe, it’s hard to believe that no one wanted the position. All signs would point to poor communication as the cause. The positions were announced via email without any description. Students were given less than a week’s notice to meet the nomination requirements and there was no follow-up about the filing deadline. There were no fliers on campus and not a single post in SAIS Europe’s Facebook group. These communication outlets are used by Bologna’s SGA, student organizations, and administration for everything from events to t-shirt orders. So, why not for the election?

The current and incoming SGA members are, of course, capable leaders. However, those involved in this election’s backroom dealings shirked the political values we have come to expect from our representatives. If we cannot successfully carry out a democratic process here at SAIS, how can we effectively advocate for its principles in the real world?

To resolve this, the SGA could simply decide to hold a second election for the Vice President and Bologna Representative positions. A new election may be the only way to retain the process’s integrity. Regardless, we can hope that the SGA will engage its diverse constituency to produce a more transparent form of leadership. Our classmates, and the leadership qualities we all hold as SAISers, help keep that hope alive.

Ross Medico is a first year MA candidate specialising in American Foreign Policy. He is currently studying at SAIS Bologna.

Previous post Shortage of SGA Candidates in SAIS Europe
Next post From the Editor 2017-2018: Parting Thoughts
The SAIS Observer Staff