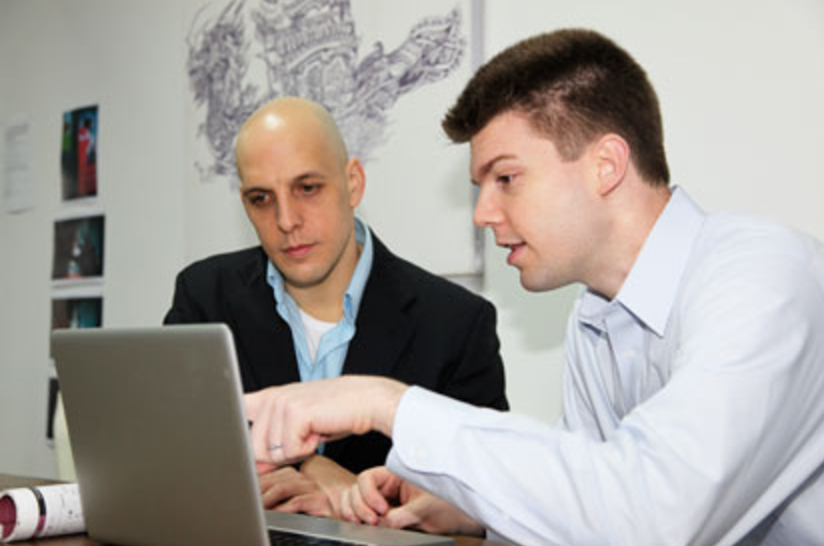 John Pasden is the founder and head consultant of AllSet Learning in Shanghai, China. Over the years, John has led and worked for many successful Mandarin language acquisition outfits, such as being the international host of ChinesePod for many years and publishing Mandarin learning resources through his own consultancy and Mandarin Companion. John received his Master’s in applied linguistics from East China Normal University in 2008.

Can you provide an overview of your career path so far?

Sure… I should start by saying that my career was not really planned. I initially majored in microbiology at University of Florida, then switched to Japanese after studying a year in Japan. Despite getting fairly fluent in Japanese over my four-year college education, I basically jumped ship and went to China after graduating. I had studied three semesters of Chinese as an elective before going to China, so I already had a basic grasp of Mandarin. The plan was just to teach English in Hangzhou, learn Chinese, and basically have a good time exploring a very interesting, new culture. The problem was that China was just too exciting of a place (I arrived in 2000), and I was loving the challenge of really learning Chinese. I couldn’t stop! So, I ended up moving to Shanghai and doing my master’s degree in applied linguistics in an all-Chinese program at at East China Normal University. I started working at ChinesePod soon after that. I became the main academic guy and I stayed there for 7 years. I started my own learning consultancy, AllSet Learning, in 2010. We specialize in deep personalization of individualized study material, but have also created some of our own products, such as the Chinese Grammar Wiki. Leveraging AllSet Learning’s insights, I’ve also created the Mandarin Companion Chinese graded readers with another business partner.

Having lived in China for the past 15 years, have you witnessed any changes in Chinese society or work culture?

Definitely! When I first got here, the kids in Hangzhou were using “BP-ji” (beepers). I got my first cell phone in Hangzhou (a Nokia). I practiced my Chinese grammar by chatting with strangers on QQ (the ubiquitous IM choice at the time) and seeing how long I could go without being discovered as a foreigner. Since then, I’ve seen the rise of Kaixin Wang, Weibo, and now WeChat. Also, sometime around 2008, I had to start using a VPN basically all the time. This is probably one of the biggest in-your-face downsides to living in China.

OK, obviously, changes in Chinese society are not all about tech developments. I’ve been married to a Chinese lady since 2007 and now have two kids, so I have a bit more insight into Chinese families now. But, in some other ways, I’m a bit too close for a good macro view.

Two of the main developments I have witnessed in Shanghai are: (1) insane real estate price increases, which have a very real effect on young people trying to get married down and settle down, as well as on their parents, and (2) massive inflation, especially related to food. This is also tied to food safety issues. One very real change is it used to be when I visited the States from China, (especially from Hangzhou) I felt so poor. Everything seemed so expensive compared to what I was used to in China. But now, when I visit Florida from Shanghai, a lot of things actually seem cheap! Not everything, mind you… but to give a very simple example, Starbucks coffee, after converting the currency at the market rate, is literally cheaper to buy in the States. Automobiles (I mean new ones) are dirt cheap in the States compared to China. As you can imagine, these two economic changes have very real consequences within both Chinese society, and also on how the Chinese interact with the outside world.

How has your perception of China changed?

Well, I have to admit that the excitement of living in China has worn off a bit. I think that the chaos and energy of China is better-suited to a twenty-something single kid than a father of two pushing 40. On the other hand, I never could have pulled off starting my own company without having lived in China for a number of years. I never intended to become an entrepreneur, and since I’m fairly cautious by nature, it took me ten years to get there! But being an entrepreneur changes your outlook as well… China is not an easy place for small businesses to take off, although the Silicon Valley startup model is becoming more popular.

China is now less exotic than it was, for sure. Since I’ve got a family now, issues like air quality, food safety, and education are growing in importance. So even though China is changing fast, my own life priorities are changing too. I guess you could say that for me, the honeymoon is very much over. But China is still a great place to live and do business for the right people.

Have you encountered any notable challenges founding a company in China?

I’m guessing you mean related to the bureaucracy? Like do I have to hand over red envelopes of cash every month, or take government officials out for baijiu booze-fests? If that’s what you mean, then no. Things are pretty simple as a small business. The trick is to be clear on all the regulations, tax law, labor law, etc. Fortunately my wife has both a degree in Chinese law and an MBA. She helps me with legal and human resources issues, enabling me to focus on our company direction and products.

As a linguist and language consultant, given the growth of apps, online resources, and new pedagogical methodologies how do you see the future of Mandarin language acquisition?

Apps are over-hyped. They’re just a channel for learning, and to be honest, not much has been done with them yet. Skritter is the most impressive, combining “learn anywhere” with actually useful touch-based input. Apps like ChinesePod and HelloChinese (similar to Duolingo) are pretty cool, but they’re not revolutionary; they simply offer convenience by porting the learner experience to a mobile device.

The future of all learning is deep personalization, made possible by cloud-based linguistic analysis, combined with spaced repetition. You can see this happening already in all kinds of ways, but Chinese pedagogy is a little slow to catch on. AllSet Learning has contributed the Chinese Grammar Wiki to this movement, which allows grammar points to be studied and tracked in a modular way. There is still much work to be done, however.

What advice would you give to an expat deciding whether or not to work in China? To start a business in China?

Why China? You better have a good answer. “The Chinese market is big” is not an answer. I’ve lived in China for almost 16 years, and I don’t try to sell to the Chinese market. It’s really not easy.

You can get lots of great work experience in China, and of course I believe that knowing Chinese will will be a huge boon to anyone’s career, but definitely think twice before opening a business here, and certainly don’t do it without living here for a while.

What’s next for you?

As I mentioned before, the future of all learning is deep personalization. That’s precisely what we’re working on at AllSet Learning, and we have lots of great projects underway, which will help all learners of Mandarin. The future is bright!

Previous post Clash of Civilizations at the Nanjing Museum