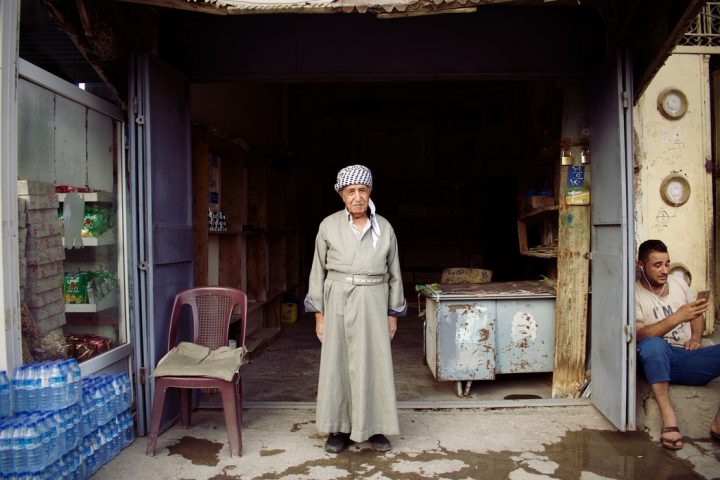 Originally published in 2018 as a larger piece in DEMOS Vol. 1, Article 6,“The Kurds: Independence is Going to Have to Wait … Again” explores the past, present, and future implications of the Kurdish independence movement. The piece in its entirety can be found here. This piece is also the 2018 Winning Recipient of the Annual First-Year Writing Contest at Lake Forest College.

All of the previous installments of this series can be found on The SAIS Observer website here, covering the political positioning of a Kurdish referendum as well as potential international responses. This upcoming piece is a reflection of the author on the current situation since the publication of the paper — where policy should go and what to expect moving forward.

Future policy for the Kurdish independence movement should focus on accepting its losses and working toward solidifying a future independence bid. Maintenance of the current status quo — a stateless yet autonomous Kurdish population — is unsustainable. The Kurds have made great strides in the past decade that bolster their case for statehood and have proven to be capable of defending themselves should they have support from an ally. Whatever the extent of such improvements in government, the Kurdish independence movement is still far from a united front. The disunity in the movement stems from the present state borders and is further fragmented by relations with regional actors. One thing all Kurds can agree on is that they desire independence and a sovereign state beyond their current level of political autonomy, which was substantiated by polling results from the September 2017 referendum. An overwhelming 92 percent majority of those who voted in September supported the referendum.

Despite this apparent momentum, the aftermath of the referendum has left the Kurds without U.S. support to fend off the wrath of the Iraqi, Turkish, and Iranian governments. With no U.S. backing and little prospect of future support given the American retreat from the Middle East, the Kurds have to find a way to seek greater autonomy by negotiating with their respective central governments. This means that the Kurds will have to find new partners in the region and in the international community in order to have leverage when negotiating for increased autonomy. Looking at Iraq specifically, where Iraqi troops pushed the Kurdish Peshmerga out of Kirkuk and continued to isolate the KRG, the Kurds have lost a significant amount of negotiating power and political capital in Baghdad.  It is clear that the KRG will have to publicly display its unwillingness to seek independence at the moment and seek to negotiate with Baghdad to recover the broken relations between the two governments.

In Syria, the U.S. retreat has led to the YPG opening channels with Russia and Assad to attempt to gain a seat at the table in the final settlement of resources at the end of the Syrian Civil War. For example, recent reports of U.S.-allied Kurdish forces routing oil to the Assad regime suggest that the Kurds are shoring up access to trading partners in preparation for what will likely be a very messy American withdrawal. Making deals with Russia, whose future in the region is more certain than that of the United States, would help the Kurds secure their political positioning. Moreover, a strong and politically assertive partner with significant regional allies is what the Kurds need to keep the wrath of the various federal governments at bay. Despite other potential costs, befriending Russia could grant the Kurds a stronger voice at the final settlement of the Syrian Civil War and possibly enable them to regain territory lost to the Turks in the push against the Syrian town of Afrin. Additionally, should the Kurds seek to create deals with Damascus, Assad’s troops stationed in Aleppo could also provide support in defending Manbij from Turkish incursions. This is an especially high priority given recent statements by Turkish President Erdogan that Turkey’s fraying patience “will end” should the Kurds refuse to leave Manbij. Kurdish unwillingness to cede to Turkish forces also puts the United States in a political conundrum — American forces can either withdraw without a legitimate protection plan in place for their Kurdish allies and honor the previous American agreement with the Turks to remove YPG units from Manbij, or the U.S. can renege on its previous agreement with Turkey and further endanger Kurdish forces when the large-scale withdrawal commences in April. Either way, rapidly shifting power dynamics could favor non-state actors and trigger an uptick in violence in this already war-torn region.

Given the region’s instability and past political conflicts, it has become even more unlikely that any state will grant independence to the Kurds. However, if the Kurds can work peacefully within the international system and maintain their current sovereignty levels through closer management of the currently decentralized political apparatus and maintenance of the Peshmerga, these steps could provide a solid foundation for future full independence. Their stated preference for maintenance of American control in Syria vis-a-vis smaller allied forces and UN observers would seem to split the difference, though success of such a measure would be predicated on careful diplomatic overtures to British and French allies as well as the cooperation of the United Nations. The fact remains that military and political stability is a necessary prerequisite for Kurdish independence, and with regional conditions poised to deteriorate, the Kurds must focus internally to consolidate power, provide a bastion for good governance practices, and carefully negotiate these next few months if they wish to push for independence in the near future.

Previous post The Good, the Bad and the Ugly: The shutdown